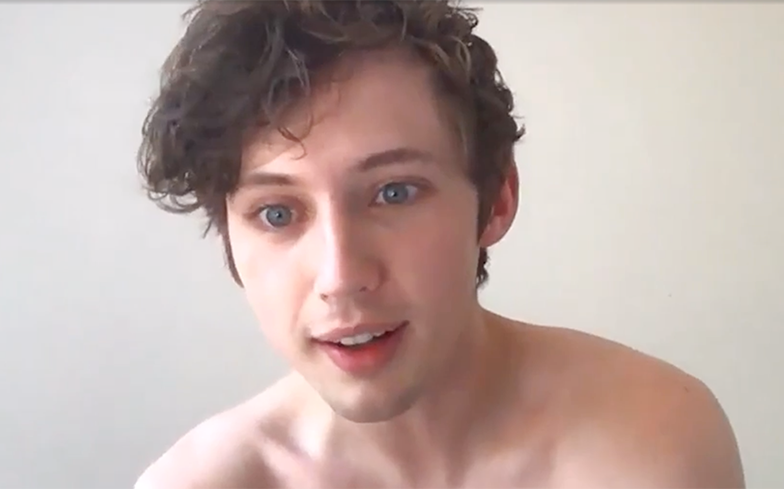 “The fact that my ego was big enough to think that Greta Thunberg 100% wants to save the planet together.”

Troye Sivan has hilariously reminisced on the time he was catfished.

Earlier this week, this Aussie singer-songwriter revealed to his fans over Twitter that he was once rigga-morrissed by Russian hackers pretending to be 17-year-old environmental activist Greta Thunberg and her dad, Svante Thunberg.

In the five-minute clip, Troye said he was bamboozled into thinking Greta needed his help to save the world.

He explained: “A couple of months ago, Dani, who’s my manager, reaches out to me and goes, ‘I have the sickest opportunity of our entire careers thus far’ and I’m like ‘Oh my god, what?’, and she says, ‘You’ll never guess who I had a phone call with today.’

“She said, ‘Today, I had a phone call with Greta Thunberg’s dad. Her father and I spoke on the phone today.'”

According to the phone call, ‘Greta’ wanted to work with Troye on a project called ‘Stars Save the Earth’ and wanted his number to discuss it in more detail. Troye then messaged the number and to his surprise… didn’t receive a response.

He said: “‘Hey Greta, this is Troye Sivan, I just wanted to say, I’m so inspired by your work. I think you’re the coolest thing ever. If there’s any way that I can be of any service, please let me know.’ Time goes by, she doesn’t reply.”

After his tour manager watched interviews of Greta with her father on YouTube, she came to the conclusion that she had been talking to someone else. “Now I died laughing,” continued Troye. “To me this was the most hysterical thing.

“The fact that my ego was big enough to think that Greta Thunberg 100% wants to save the planet together. It turns out it’s these Russian hackers that did this elaborate scheme. They got Bernie Sanders, they got Prince Harry, they almost got me.”

Troye then shared screenshots of his WhatsApp conversation with the fake Greta – see below.

Last week, Troye announced the release of his comeback single, the dreamy synthpop anthem Take Yourself Home, to help us through this self-isolation era. The song will be available on iTunes and streaming services 1 April.

It will be Troye’s first release since his collaboration with Lauv, I’m So Tired, which became his first top ten hit in the UK, and his first piece of solo material since his critically-acclaimed sophomore studio album, Bloom (2018).