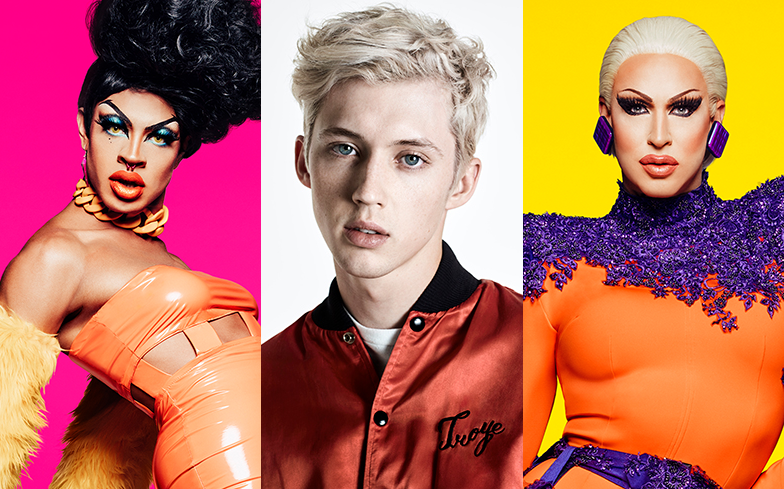 “Trade of the season.”

Ahead of his debut appearance on the 11th season of RuPaul’s Drag Race, Aussie superstar and queer icon Troye Sivan has provided his opinion on all 15 sickening queens via his Instagram story.

He had nothing but nice comments about the queens, but he did supply us with some T, admitting that he walked in on one particular contestant in the werk room while she was naked… Troye also throws his two cents in in regards to which queen he considers the “trade of the season” – see below. “Baby doll vibes you remind me of a musically star.” “I STAN. Look queen I was stunned by you.” “Met you once years ago and you’re a star! ILU.”

“Met you in an airport once and you’re the nicest ILY.”

“Gone far too soon tbh! Trade of the season.” “I get legendary vibes from you…” “lol your interview cutaways kill me so much we love the narrator of the season.” “Do u smell that? Pop star excellence vibes.” “You were determined af the day we taped the episode and I’m excited for the world to see whatcha got up your sleeve.” “I didn’t get to meet you and frankly I feel robbed… An irrecystable queen.” “I’m sorry I saw you naked in the work room I did not anticipate the nudity and I promise I looked away. So excited about your drag!”

For this week’s maxi-challenge, the queens are tasked with putting their pop icon knowledge to the test when they have to perform in live diva worship chat shows, in two opposing groups.