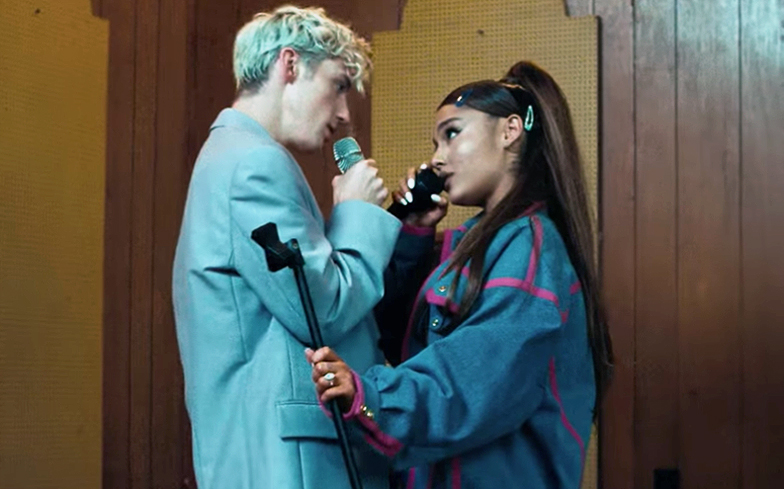 It’s the collaboration we’ve all been waiting for.

When we found out Troye Sivan and Ariana Grande were joining forces for a new song together, we lost out collective gay minds – so you can imagine our excitement when we found out the pair had also filmed a music video to accompany.

And while it’s not quite the camp, colourful extravaganza we expected from two gay icons on a track called Dance To This, we’ll take any chance to see Troye and Ariana boogie together in some seriously enviable outfits.

“The vid was inspired literally by High School Musical and Grease and Pass This On by the Knife and a gif of Cher spinning around that I can’t find right now,” Troye explained of the video on Twitter. All great reference points, we’re sure you’ll agree.

It’s the fourth single to be released from his highly-anticipated sophomore album Bloom, which is due out on 31 August. We can’t wait.