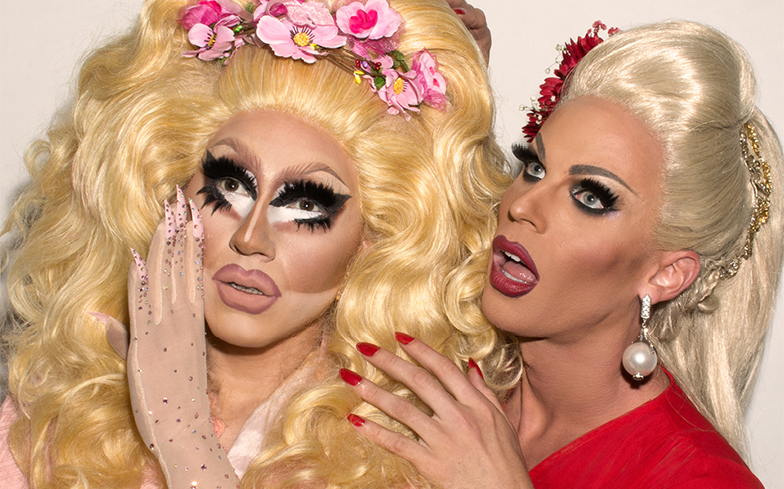 Trixie and Katya are finally reuniting.

The duo, who have both appeared (twice) on hit reality show RuPaul’s Drag Race, brought their YouTube-turned-ViceLand series The Trixie & Katya Show to an abrupt halt in January when Katya announced a hiatus from drag.

“Hi, my name is not Katya. I am Brian, a recovering drug addict and workaholic. I need to take some personal time for my mental health to heal and recover. All of my tours and shows will be postponed until 2019,” she said at the time.

It wasn’t too long before she announced her return to drag, though. In March, she posted “the bitch is back” on social media, before later confirming her first official appearance as Katya would be at DragWorld UK, Europe’s largest drag convention, in August.

While fans were over the moon to hear that their favourite queen would be returning to drag, they were still left wondering if they’d ever get to see Katya reunite with long-time friend and collaborator Trixie Mattel in drag.

Fortunately, it’s now been confirmed that the pair will join forces once again at RuPaul’s DragCon New York City in September, where they’ll host a special panel that will no doubt leave us cooped, gooped and mother-tucking gagged. Details are scarce for the reunion, but it has been teased that their panel will focus on “coverage you can count on from women you can trust”, so we’ll leave it up to you to figure out what they’ll be doing. Whatever it is, we’re sure it’ll stun.

Elsewhere, actor and former Gay Times cover star Nico Tortorella has been confirmed to appear on a panel at the convention, while Blair St. Clair and Nikki Blonksy will collaborate for a Broadway-inspired Morning Makeover panel.