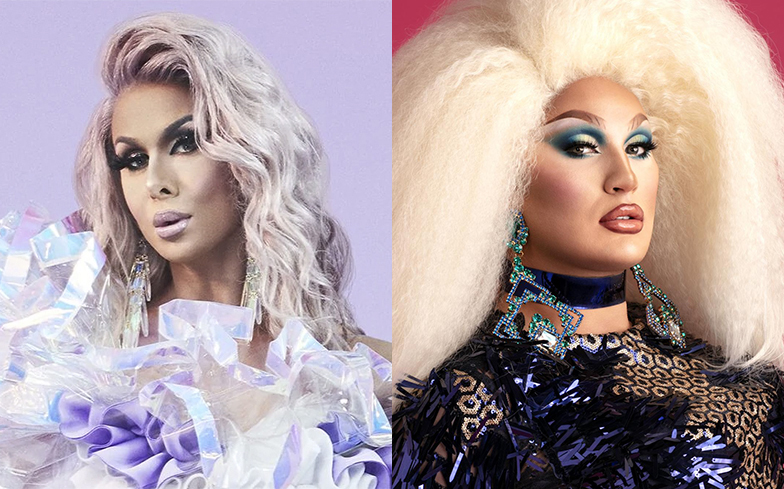 Trinity the Tuck’s Instagram is getting us through isolation.

Over the past few weeks, the All Stars 4 winner has been reinventing some of the most iconic runways from past Drag Race champions such as Bebe Zahara Benet, Raja, Sharon Needles, Jinkx Monsoon, Bianca Del Rio and Yvie Oddly.

Because Trinity has conquered the lewks of every US winner, she’s moved onto the UK’s Next Drag Race Superstar, The Vivienne, and delivered a stunning take on her Bond Girl Glamoura ensemble from Drag Race UK.

“Right before Drag Race UK aired I had the pleasure of working with the Vivienne while I toured overseas. From the very moment I met her I could already tell how polished and professional she was,” wrote Trinity.

“Not only was she extremely talented from the show we were performing in, but she was also very down to earth and kind. I became a huge fan that night and seeing her every week while her season aired I was equally as impressed!

“I chose this look because the original was so beautiful! I loved the fabric and I wanted to do my take on it. We chose to do our version as a dress versus a bodysuit that opened up and revealed a lot of leg!”

The Vivienne had nothing but praise for her fellow Drag Race winner, saying she was “ecstatic” with the look.

“OMG! Yes! This is so flattering, I don’t what to say, you killed it. I’ve always looked up to you so much so seeing this is amazing. And I really needed this today, love you sis,” she commented. Everybody say ‘love’!

We can’t wait to see what Trinity has in store for Chad Michaels, Alaska, Trixie Mattel and Monét X Change…