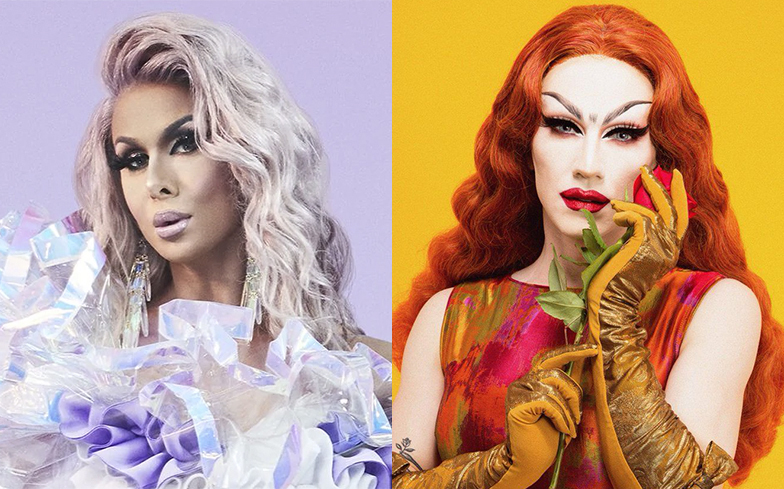 In celebration of season 12, the All Stars 4 winner has been reinventing runways from past Drag Race winners such as Bebe Zahara Benet, Tyra Sanchez, Raja, Sharon Needles, Jinkx Monsoon, Bianca Del Rio, Violet Chachki and Bob the Drag Queen.

This week, Trinity paid homage to Sasha Velour with a sickening take on the star’s iconic rose petal extravaganza in the season nine finale, when she memorably lip-synced against Shea Coulee to Whitney Houston’s pop classic, So Emotional.

Trinity had nothing but praise for Sasha’s “conceptual drag” in her caption, saying she was “captivated” during her performances on the RuPaul’s Drag Race season nine tour. “By the end of her number I just had chills,” she wrote.

“I don’t know any other artist who puts more work and thought into every single number they do in a show. There was one clear choice, the ONLY choice of her looks I really wanted to reimagine!”

“I feel like our interpretation of Sasha’s look shows the power of her number from the finale but still looks very me!”

Obviously, Sasha gagged over the look, responding: “I got so emotional when you told me you were doing this look! It’s even more amazing than I hoped! Honored! You are an inspiration to me. Congrats and love to you and Leo!”

We can’t wait to see what she has in store for Aquaria and Yvie Oddly… Check out Trinity’s homage to Sasha below.

While you’re at it, check out Trinity’s incredible tributes to Bebe, Tyra, Raja, Sharon, Jinkx, Bianca, Violet and Bob below.