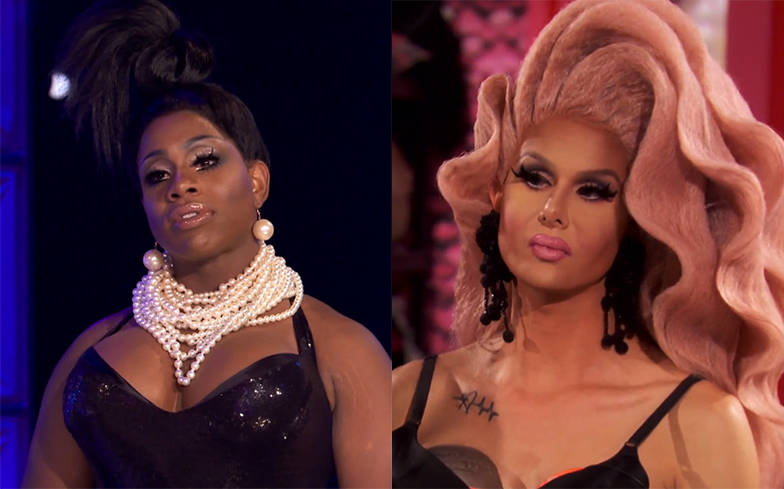 “What is wrong with you people?”

Drag Race star Trinity the Tuck has come out in defence of her All Stars 4 sister Monét X Change, by telling fans that she will block them on her social media pages if she witnesses any hate in her direction.

“If I see any Monét hate or hate on another person on my posts I will block you!” she wrote on her Instagram story. “What is wrong with you people?”

It’s not completely clear as to why fans are suddenly writing hateful comments towards the season ten fan-favourite, but the most obvious reason seems to be due to last week’s episode of Drag Race.

In the fourth episode, Monique Heart opted to send home Latrice Royale over Monét, who happens to be one of the most beloved queens in Drag Race HERstory.

For some reason, fans are now blaming her for Latrice’s departure, even though she wasn’t responsible for her elimination. And in the latest preview for the upcoming episode, Monét reveals in her confessional that she will send home Manila Luzon if she has the chance, and again, Manila is a massive favourite among fans.

Monét later praised Latrice on Twitter with a throwback photo of the first time they met each other.

“This photo w/ @LatriceRoyale was taken Sept 20, 2012,” she wrote. “It was after her gig… and I happened to stumble into her at Renaissance Diner, NYC (RIP).

“She was so loving, kind, sweet… and gave me a full thesis on disco fries! I’m soo humbled by her kind words!! I love you Trice!”

Next week, the contestants will pay tribute to Lady Bunny for The Funeral Roast, and it will be the legendary queen’s first ever time appearing on the show. The preview for the next episode reveals a jaw-dropping twist. Watch here.

Related: Farrah Moan has something to say about Drag Race All Stars 4.