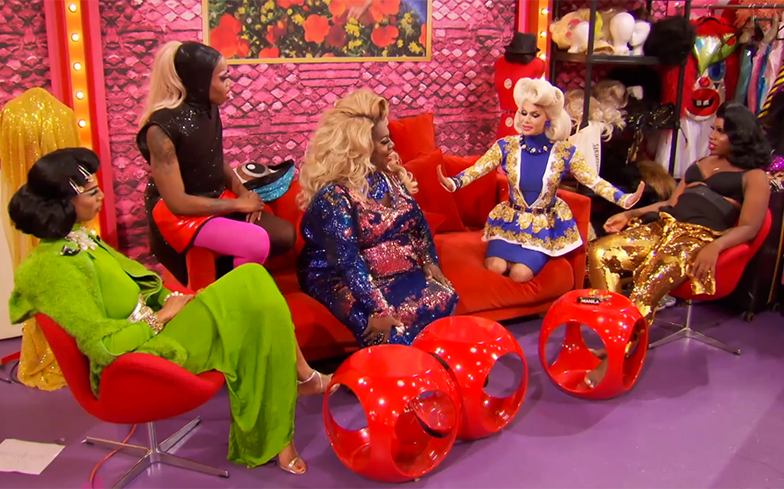 “You’re a shady bitch for doing that.”

Last week, the frontrunner shockingly exited the competition after landing in the bottom two with her All Stars 1 bff, Latrice Royale. Despite winning the most challenges and lip syncs throughout the competition, Manila was sent packin’ by Naomi Smalls.

In the next episode preview, Monét X Change, who was in the top with Naomi, reveals that she also chose to eliminate Manila over Latrice – who hadn’t been doing as well in the competition – because she’s a “petty bitch from Brooklyn who holds onto grudges”.

Monét is referring to the fourth episode of All Stars 4 in which Manila opted to send home the season ten fan-favourite over Latrice.

“She was willing to send me home to save her friend, so I am not hesitant to show these girls this lipstick,” she says in her confessional. “I wish I would’ve done it on stage. I would’ve not given a backstory, no explanation, just the lipstick.”

Naomi then reveals why she chose to eliminate Manila. “I think we’re realising that this competition, now, we’re not going to be judging it fairly. Because what’s fair? Life’s not fair. Yes, Manila has been doing so well in the competition.

“But I don’t know if she necessarily had my back. I sent Manila home because I wanted to. Manila was crazy competition, and that’s dope, but I decided to save Latrice because I owe it to her. She saved my ass last week.”

Trinity then states in her confessional that she’s worried about her place in the competition, because like Manila, she’s a massive contender for the crown, and if she finds herself in the bottom two, she could be eliminated.

When we spoke to Manila earlier this week, she told us: “I am bummed that I had to go home but having my husband in the werk room and competing with me is just a reminder that RuPaul’s Drag Race is one stepping stone in my adventure.

All eight episodes of Drag All Stars 4 is now available to stream on NOW TV. The ninth episode will premiere this Friday on VH1.