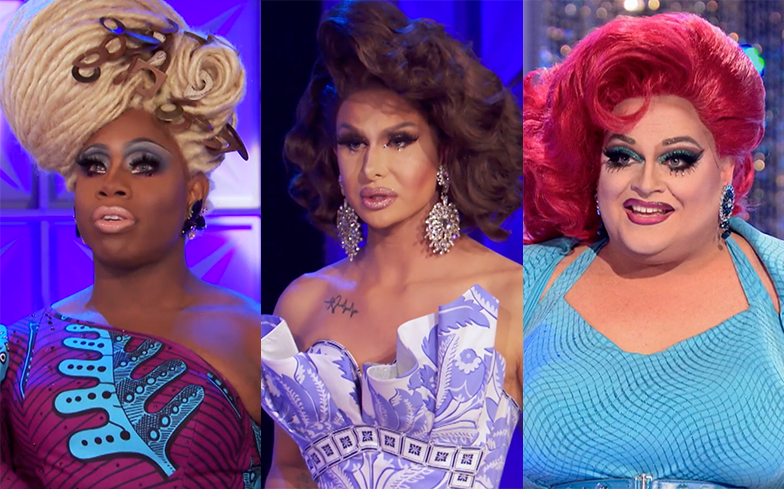 Trinity The Tuck has dropped out of the Haters Roast Tour.

The Drag Race All Stars 4 champion announced her decision to leave after her fellow winner, Monét X Change, was fired from the tour for requesting permission to miss one tour date to star in Madonna’s new music video.

The event’s producers also terminated Ginger Minj from the Roast back in January after missing tour dates to film a project.

Ginger’s husband, CeeJay Russell, was then fired as a crew member from Murray & Peter Presents because he missed a tour date to be with the All Stars 2 contestant, who was grieving the loss of her grandmother.

In an email posted to Twitter, Trinity told her manager: “I have made a decision to not continue on with touring in the MP tours. It has come to my attention that there has been some conduct going on that I find to be surprising and shocking.

I want to start this post off by thanking all the fans for your support! If it wasn’t for all of you there wouldn’t be us! I am very grateful for the position I am in and the blessings I have been given! THANK YOU! pic.twitter.com/HlVJEDPoA0

“Murray contacted me and told me one story about what happened with Monet however there has been multiple stories appearing from more than 3 people on how situations were handled and how people were treated.

“My integrity can not allowed me to be involved in any matters to do with all that.”

Trinity later told Billboard: “I had a good working relationship with MP Presents in the past since season nine.

“It wasn’t until the past few months of hearing things from other entertainers who have worked with them, the statements I have seen from some fans on how they were treated and also the most recent incidents including Monét and Ginger’s husband CeeJay.”

She explained further: “After that, I could no longer morally support a company that would fire someone over something like that,” Trinity tells Billboard. “It made me think of my grandmother and what if I was in that situation.”

Murry & Peter Presents co-founder Murray Hodgson responded in a statement to Billboard: “We have absolutely no idea why Trinity quit nor has she or her management team offered any specific reason except to say in an email to us; ‘I am so sorry about this. We will help you find a replacement if you need one.'”

I’m going to make this statement and unless I feel like I have to say more I’m done with this topic. My choice to leave a tour is MY choice. Please don’t think that option is the best for everyone.

He said they hold Trinity in “high regard” and she recently asked them if she could host their upcoming production of A Drag Queen Christmas.

“We remain hopeful that Trinity honors her contractual obligations with our company when she rejoins the tour next week. We have nothing but love for The Tuck.”

Several Drag Race contestants have since come out in support of the queens, with Bob the Drag Queen even going as far to suggest that they all start their own production.

Dear queens. It's time that we do our own tour. Each girl on the tour is a producer and makes money from the sales. Not a flat rate. I'm done with these shady production companies using us and spitting us out.

She wrote on Twitter: “Dear queens. It’s time that we do our own tour. Each girl on the tour is a producer and makes money from the sales. Not a flat rate. I’m done with these shady production companies using us and spitting us out.”