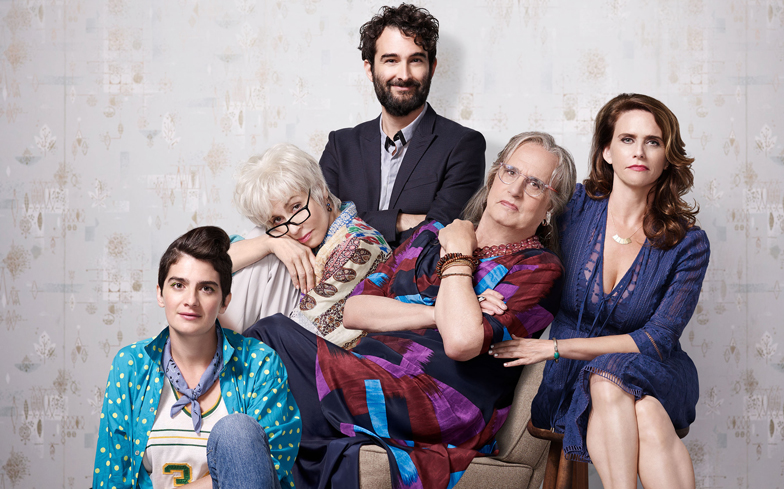 Transparent’s upcoming fifth season has reportedly been delayed until 2019, due to lead actor Jeffrey Tambor’s dismissal from the show back in February.

The Hollywood Reporter revealed that production on the Jill Soloway dramedy won’t start until December.

Amazon’s critically-acclaimed series, which tells the story of a trans woman who comes out to her family late in life, has faced an unknown future since Tambor was accused of sexual harassment by two colleagues.

One of Tambor’s co-stars on Transparent – Trace Lysette – alleged back in November that the actor had “made many sexual advances and comments” towards her, and detailed one time when things became physical.

Tambor’s former assistant Van Barnes also claimed that he had propositioned her, groped her, made inappropriate comments and threatened her not to share her story.

Jill Soloway – creator of the Emmy-winning series – released a statement praising those who spoke out about their experiences.

“I have great respect and admiration for Van Barnes and Trace Lysette, whose courage in speaking out about their experience on Transparent is an example of the leadership this moment in our culture requires,” she wrote.

“We are grateful to the many trans people who have supported our vision for Transparent since its inception and remain heartbroken about the pain and mistrust their experience has generated in our community. “We are taking definitive action to ensure our workplace respects the safety and dignity of every individual, and are taking steps to heal as a family.”

Lysette tweeted her relief, saying it offered her “some closure” and also encouraged fans to keep supporting the show following Tambor’s departure.

Tambor slammed Amazon’s decision, saying: “I am profoundly disappointed in Amazon’s handling of these false accusations against me.

“I am even more disappointed in Jill Soloway’s unfair characterization of me as someone who would ever cause harm to any of my fellow cast mates.

“In our four-year history of working together on this incredible show, these accusations have NEVER been revealed or discussed directly with me or anyone at Amazon. Therefore, I can only surmise that the investigation against me was deeply flawed and biased toward the toxic politicized atmosphere that afflicted our set.

“As I have consistently stated, I deeply regret if any action of mine was ever misinterpreted by anyone and I will continue to vehemently defend myself.

“I also deeply regret that this ground-breaking show, which changed so many lives, is now in jeopardy. That, to me, is the biggest heartbreak.”