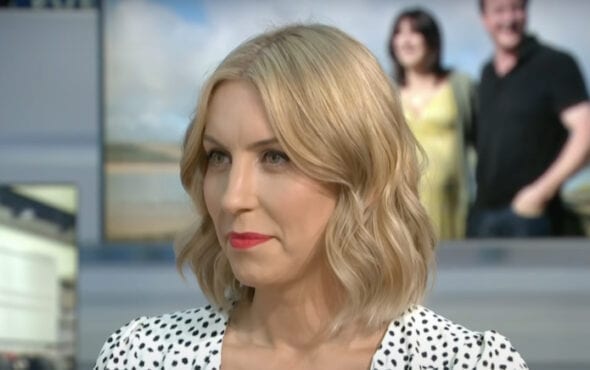 “I just know the operation is going to be life-changing. I really do.”

The surgery will be a one-hour procedure and will shorten the vibrating section of the cords while raising her pitch.

In an interview with The Mail the actress opened up about her struggles with her voice in the acting world, stating: “The moment I spoke, my confidence plummeted. I did not get the part.

“She continued: “My voice holds me back for parts I want to play”.

“The sound that comes out of my mouth is not what I hear in my head. When I want to play a woman, my voice lets me down.

“I know sometimes you watch television and think every diversity box is ticked, but I don’t want to be a tick in the box. I don’t want to just play trans roles,” she stated.

Along with appearing on ITV’s Good Morning Britain as a guest presenter discussing gender politics, Gibson has also land a role in the BBC series Silent Witness.

The £5000 procedure will be performed by surgeon Chadwan Al Yagchi who is an ear, nose and throat consultant at London’s Charing Hospital.

“Nicole will have voice feminisation surgery. As a transgender person, you want the voice to match who you are. You need a voice that matches your gender identity and not to have to worry that when you start speaking people will find out you are transgender,” he stated.

Gibson expressed her excitement for her surgery results, stating: “For many trans women it’s all about the lower body and breast surgery. ”

She continued: That is easy to hide or fake, but you can’t hide sounding like Brian Blessed. I just know the operation is going to be life-changing. I really do.”

After the procedure Gibson will not be able to speak for a week and will have to refrain from laughter, sneezing and coughing for four weeks.

Sending good vibes and a speedy recovery for Nicole Gibson.