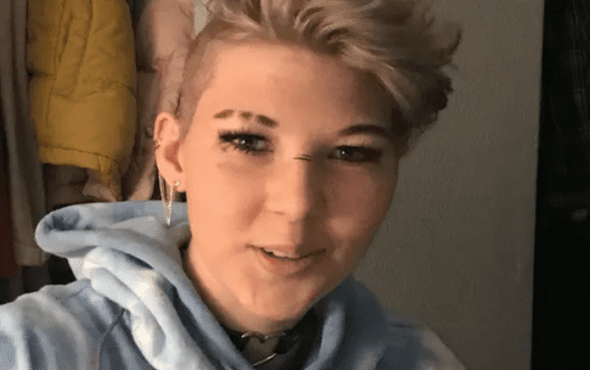 Taylor, a student at Gervais High School, was a victim of kidnapping on May 12 in Oregan.

Oregon Live reported a shootout occurring between the perpetrator at 4:45 p.m at the 1000 block of Depot Court, according to the Oregon State Police.

Officers at the scene learned Kenneth Peden III of Woodburn had attacked Taylor. The 20-year-old then attempted to kidnapped the 17-year old and left the area in a Ford F-150 truck. Oregon Live misgenders Taylor in their initial report.

Peden III has since been arrested and is facing charges of first degree attempted murder and kidnapping. The chase between authorities and the 20-year-old ended in Silverton, Marion County in Oregon.

Taylor was injured and shot on May 12 and was airlifted to hospital due to the severity of his injuries from the scene of a shootout and later passed away on May 19.

The 17-year-old was described as “an amazing child with a quirky sense of humour, who impacted so many people” by family on Facebook.

Taylor’s high school held a vigil in honour for him last week. The Human Rights Campaign (HRC) reports the teen’s family are planning a celebration of life in his memory.

“We continue to receive reports of transgender and non-binary people who have been killed so far this year, and the level of violence that we’re seeing is horrible and unacceptable,” Tori said,

“Oliver was just at the beginning of his life, a life that never should have been cut short. This is a tragic loss for Oliver’s friends, family and community. This violence must cease.”

“Having her/him in our family was one of the greatest honours in our life. We are in the process of planning a celebration of life. It most likely will not happen until sometime in June, and we will share those details once we have them,” the post read.

“Our family’s hearts are with yours and the memory of your beautiful child. This is so heartbreaking and tragic. May time help you rest easy,” Rachel Keeton posted after contributing a donation.

Hate crime in Oregon is strictly against the law at a state level. Attacks on sexual orientation and gender identity are deemed protected characteristics under the legislation.

Anti-trans violence in the US continues to grow as more than 20 gender non-conforming people have been fatally shot or killed in 2021.

HRC recorded 44 deaths of transgender and gender non-conforming people in 2020.

However, as continues anti-trans and anti-LGBTQ+ continues to be drawn and pushed through legal systems, stigma and miseducation surrounding the community continues to grow.

May 2021 has set a record as the worst year for anti-LGBTQ legislation in recent history.

Thirty-three states have introduced more than 100 bills that aim to curb the rights of transgender people across the country, CNN reports.

Related: Four more trans women have been tragically killed in the US