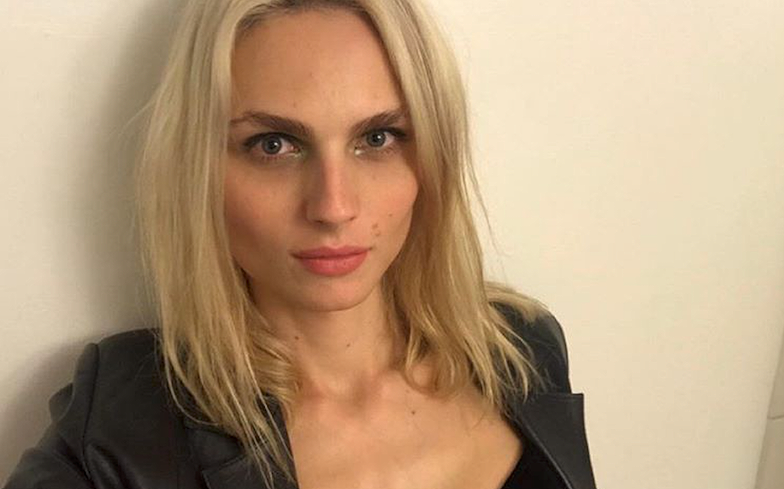 Pejić’s role in the highly-anticipated follow-up – The Girl in the Spider’s Web – is yet to be announced.

Trans model Andreja Pejić has been cast in the sequel to the critically-acclaimed psychological thriller, The Girl With the Dragon Tattoo (2011). Her role in the highly-anticipated follow-up is yet to be announced.

Pejić has become one of the most recognisable trans models in the world, modelling for massive publications such as Elle and French Vogue. She came out as transgender back in 2014, and told GLAAD: “To all trans youth out there, I would like to say respect yourself and be proud of who you are.

“All human beings deserve equal treatment no matter their gender identity or sexuality. To be perceived as what you say you are is a basic human right.”

She will star alongside Claire Foy, who takes over as protagonist Lisbeth Salander after Rooney Mara’s Oscar-nominated performance.

Noomi Rapace previously portrayed the character in the Swedish film adaptations of the Millennium series: The Girl with the Dragon Tattoo, The Girl Who Played with Fire, and The Girl Who Kicked the Hornets’ Nest.

The upcoming adaptation starring Foy is based on the fourth novel in the Millenium series – The Girl in the Spider’s Web – which is the first instalment in the series to not be written by creator Steig Larsson, who passed away from a heart attack in 2004.

It’s not known whether the film will exist within the same universe as the characters portrayed by Mara and Daniel Craig (Mikael Blomkvist), or whether it’ll serve as a reboot. Craig has been replaced by Swedish actor Sverrir Gudnason.

The Girl in the Spider’s Web is directed by Fede Alvarez, and is due for release 19 October.

Watch the trailer for first instalment in the English reboot, The Girl With The Dragon Below, below: