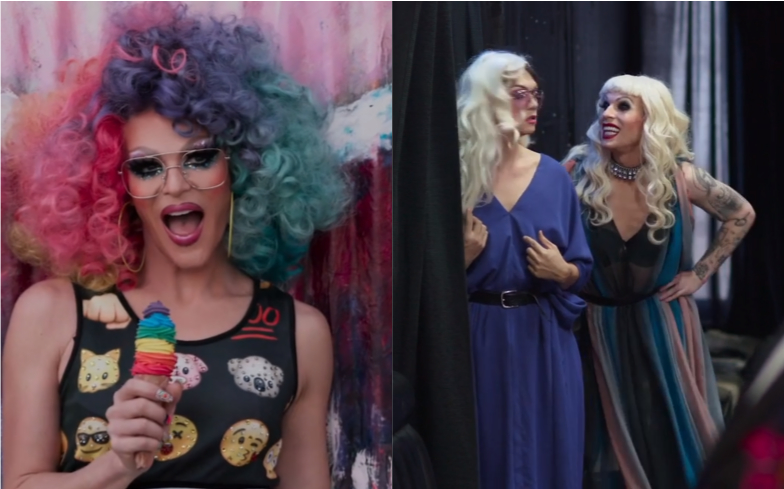 Willam, Manila Luzon and Katya are all involved.

Entertainment Weekly has revealed the trailer for the fourth and final series of LGBTQ-comedy EastSiders, and it features several Drag Race stars in the wedding from the “ninth circle of gay hell.”

However, one of the main storylines in the trailer involves Willam’s character, Douglas, stage name Gomorroh Ray, preparing to marry Quincy. Douglas, who has been in the show since the second season, plans to get married in full drag and livestream the ceremony, and she is accompanied by her bridesmaids, played by Drag Race fan favourites Manila Luzon and Katya.

However, due to the extravagance of the ceremony, Quincy is left wondering how his wedding became trapped in the “ninth circle of gay hell.”

Other plot points in the upcoming series, which will premiere soon on Netflix, include the continuation of the relationship between Jeremy and Derrick, the latter of whom wishes to foster a child; and Hilary and Ben coming to terms with Hilary’s sudden pregnancy.

The final season of EastSiders will air on Netflix on 1 December. You can watch the trailer on Entertainment Weekly.