Tove Styrke: “It’s so important that I can talk about my queerness”

Swedish pop icon Tove Styrke on her relationship with LGBTQ+ labels, navigating her new era and embracing the anarchy of the internet. 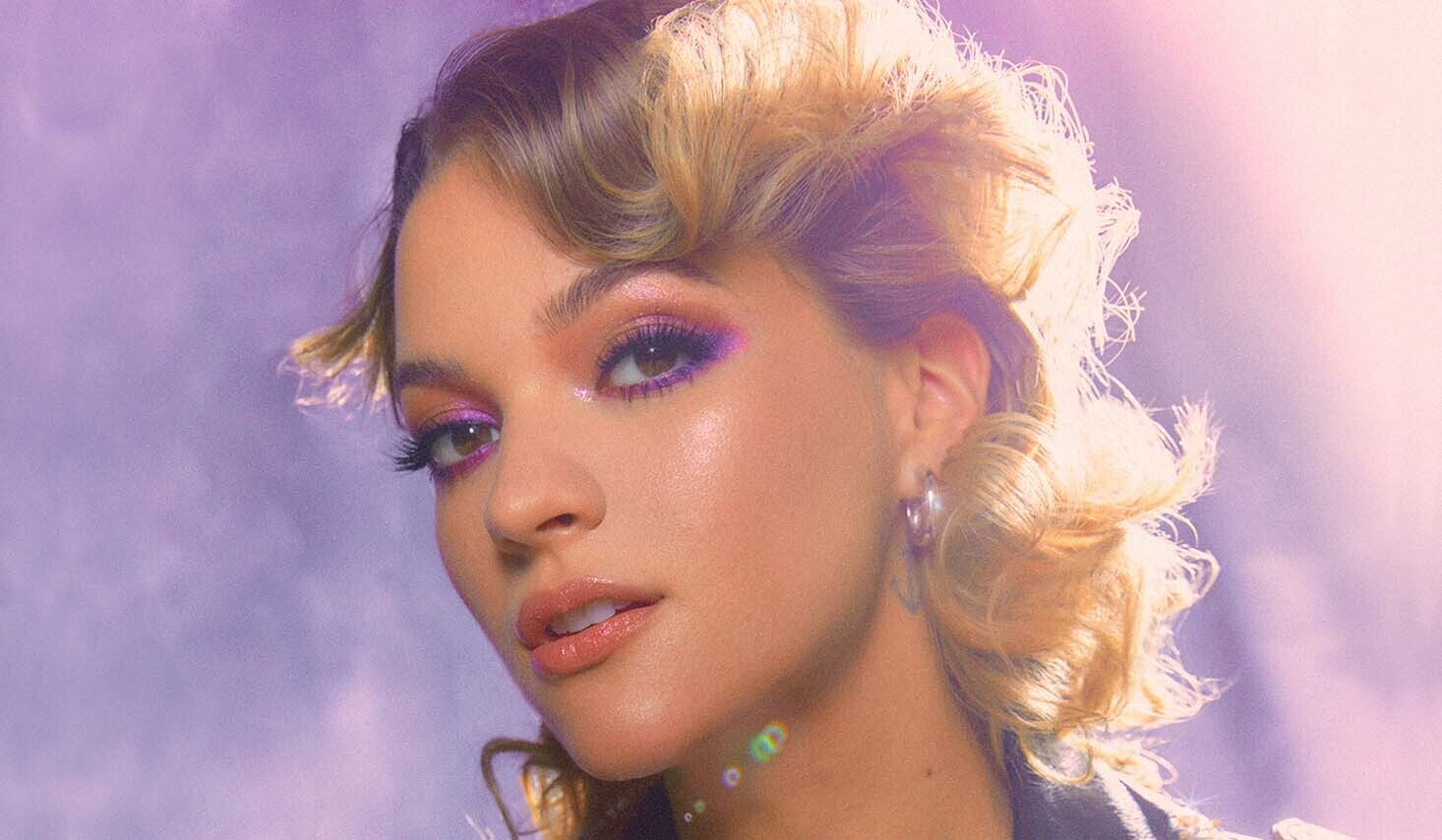 It has been over three years since Tove Styrke released new music. The singer’s comeback single, Mood Swings, signaled Tove had shed her playful soft pop days and was leaning into fresh territory. It’s the early hours of the morning in Stockholm and Tove is decked out in a slick denim jacket and eager to talk new plans. For those that are familiar with the artist, Tove’s new sound is a sharp continuation of her style that delivers on punchy hooks and pulls from influences across the modern pop scene. This new “era”, as Tove calls, has been long-awaited, but it didn’t come easy. The singer first rose to fame due to her time on Swedish Idol in 2009. Since then, Tove has captured mainstream attention for each of her critically acclaimed compact records. Her signature boom-pop quality enamoured audiences with her debut gaining platinum certification. Tove’s later work, such as her sophomore album, Kiddo, was charged with energetic youthfulness and promise from a rising star. Equally, her anthemic electro-pop third album, Sway, shook with emotional vulnerability and back-to-back hits. Each album has charted Tove shaping a stream of pop and her new music promises no different.

It’s October and life in Sweden has begun to fall into a shadow of normality. Tove reveals how pandemic-induced anxiety drove her through personal “ups and downs” while at home. “I had a life crisis and it was my biggest one yet and I’ve had some pretty big crises in my life,” she tells GAY TIMES. Moving on for Tove was harder than she thought. Although joyously tapping into her creative aura, the breakout artist felt like she was “drifting” in an oversaturated pop landscape. But, since then, things have taken a positive shift. As we get chatting, Tove Styrke opens up about how success shaped her choices, journeying through the motions of authentic pop, and the need for LGBTQ+ artists.

You’ve been quite busy recently with new singles — how have things been for you over the last year?
It feels so good. When you go into an era, you put a lid on it and go back into the studio. I hate it. It’s the worst because it feels like you don’t exist anymore. It’s like you stop being a person publicly because you disappear. But, I do think it’s important to do that because you need to be able to exist without other people’s eyes on you. That is usually when I have my life crisis when you go back into the studio to reboot. The hardest thing about making music is finding what you want to do and the startup process can take a week or two years and then everything is easy after that. But up until that point, before I had this song, Mood Swings, I was drifting.

The lyrics and music video for Mood Swings depict various versions of yourself. What inspired the direction of the song?
My underlying feeling behind it is I have I’m very passionate about the fact that our outside, doesn’t really have much to do with what’s on the inside. I mean you can choose it’s I think it’s amazing with like identity and how we choose to present ourselves, I think that’s the coolest thing, because it’s our own language, it’s our own tool to explain what’s going on on the inside. The cool thing about this video was that thought it would be really fun to have one person portraying all of these very different characters. That was sort of the like, I wanted to fuck with that a little bit. Visual representation of identity, personalities, and it never stops fascinating me. It’s been important to me that I am the one who defines myself. To not be sort of put in a box. I’m like a different person from one day to another. You cannot know me. You definitely don’t know what’s going on on the inside so that’s sort of where it came from. 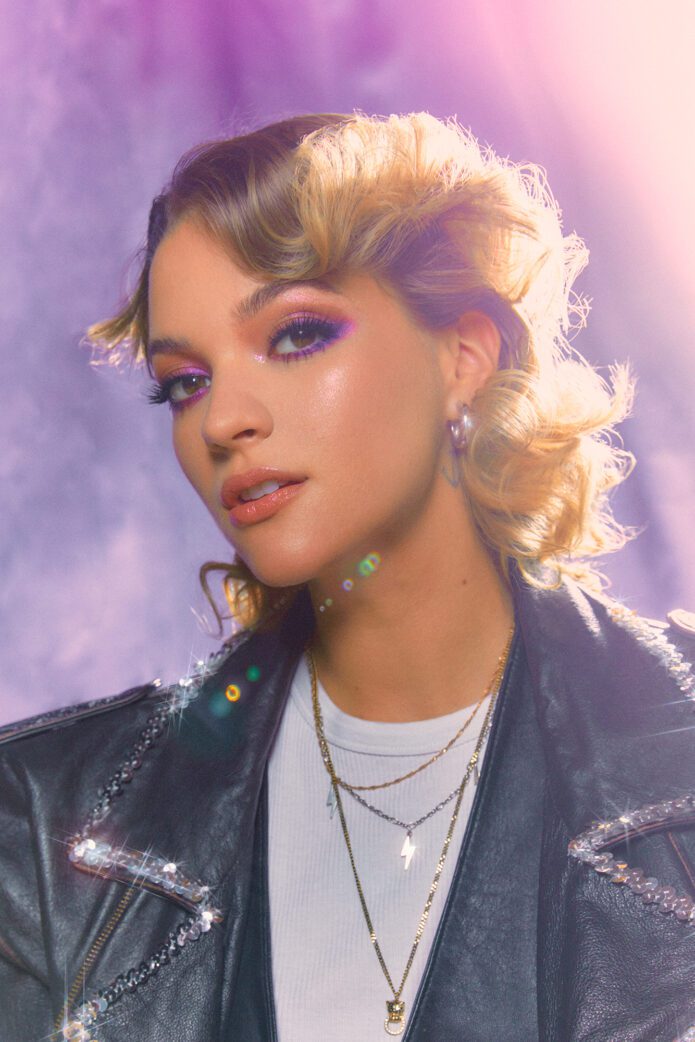 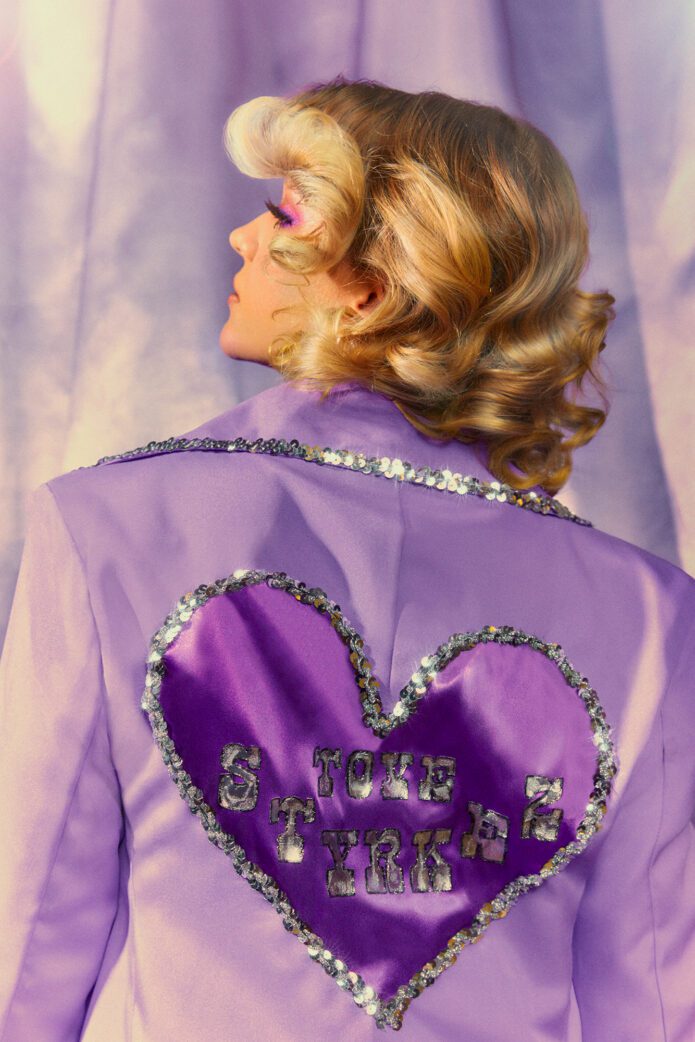 With the new venture, your song reveals a lot more about yourself – which was something we began to see in your last album. Moving forward, did you want to be more open with fans and listeners?
I have spent a lot of time in my life during my years as an artist to try and just be good. To try and be perfect, do the best lyrics, the best sounding production and just look good. What I realized is that it is important to not do that. It’s important to not edit yourself all the time. But I think it’s better to just like make shit because it’s scary to put your feelings out there exactly as they are.

Mood Swings, for instance, that video is exactly what my idea was and what my thought was. That was exactly my vision and I just put it out. I didn’t think too much about it. It was very direct communication between my brain and yours. I gravitate more and more towards music and art that feels like that. I think that’s more inspiring than a perfectly curated album. This stuff that’s unedited and raw, that’s way cooler and it says more.

This new sound is a breakaway from your compact record Sway which was widely praised for its creative direction. How are things different for you now when it comes to your new era of music?
This record is really a good starting point because I feel like this whole project is going to be way more all over the place. I hope that it’s gonna make sense. It might not because the next one, Start Walking, is going to be a disco banger. They don’t have a lot in common. Each song that I make now comes with its own little story and its own little vibe. Mood Swings is a good starting point to showcase a lot of different ways of being, feeling and thinking. These songs are written from very different perspectives.

We’ve seen a lot of remixes of your art across social media and TikTok. What do you make of these fan-made versions of your work?
I love it. Social media has always been a way for the audience to get involved. But never before I think has the audience been this involved in making the actual music that gets big. I think it’s cool. Remixes that are like taking form, naturally. It’s like a natural flow of, people just creating things together. I think it’s so cool. It really feels like some shared consciousness. I love it. You have these discussions on the label. They’re like, so who can we pay to like make this song big on TikTok? Like nobody. Yeah, you can pay all these influencers to post stuff, but when you look at those posts, they never do as well. You never know what’s gonna work.

As a queer person, it's so important that I can talk about my queerness and queer experiences.

With your last record, your hits ‘Say My Name’/’Mistakes’ were breakthrough moments for you. What did you take away from the success of that tracks?
Just I’m proud of them. I’m so proud that I made those songs like how did I even make them? That’s why I’m not trying to attempt to do the same thing again because I think those were pretty perfect. I’m just really happy that I have those two songs because I know for a fact that those two and On the Low as well and Sway, those songs, I will always enjoy playing them, enjoy singing them, because they’re good songs. They’re solid songs.

We’ve seen a wave of artists coming out from Lil Nas X to Dove Cameron. You’ve openly spoken about your own experiences. Do you think the industry is changing with the times?
I really, really hope so. As a queer person, it’s so important that I can talk about my queerness and queer experiences. I have a girlfriend and Lola, be all that but still, be as much of an artist for a straight audience. Sometimes, in the past, I felt like if you’re gay or queer you got put in this box and I told you how I feel about boxes. I fucking hate them. I get panic attacks. I really, really hate it. I have a lot of integrity, I don’t talk about my personal life that much, because I don’t want to give people any power to adjust how they think about me. Judging off private and personal stuff. I feel like things are getting more like people who are younger than me like Gen Z.

I’m definitely a millennial being born in ’92. I even wrote a song called Millennia Blues. I feel like the next generation is so much more chill. Naturally progressing, in a way. Today, you seem like an idiot if you’re trying to judge anybody based on their sexuality or their gender or like whatever. I just feel like it’s becoming looser and free and fluid and I think feels healthy. It’s so important because the reason why I felt weird about myself growing up because everything was always sensationalized and put into these specific boxes. I guess I’m not gay because I’m not like that. I’m not like that. In Dutch it’s very I think damaging. I feel no openness.

You’ve released Mood Swings and have your second single Start Walking out now. What can you tell GAY TIMES about those tracks?
People should listen to Mood Swings, and people should watch the video. They should also stay on the lookout for more music because I have so much lined up for this year, and it’s gonna be fun.

Ahhhh! I’m so beyond excited to release this song Start Walking. It’s so upbeat, I haven’t made something like that in forever!! And also the video for it is so special to me. It’s about a Swedish ”dansband” (look it up) touring around the country in the 70s. And they’ve got supernatural powers. Lazers and shit. It’s so good! My dad was in a band like that in the 70s so that’s where the idea came from initially.

I love it when you come up with a concept you haven’t seen before. I couldn’t believe that this thing didn’t already exist so I just had to make it. Also, how fun is the 70s aesthetic? I’m starting to seriously consider getting a perm. Someone has to stop me. I wrote it with such great people. Caroline Ailin and I go way back, we worked on some things on my last album together. She’s such a genius and Lostboy really went off with this production. I love it so much.

What’s next for Tove Stryke?
I have so much lined up that I’m just beyond excited for people to hear and see. Yeah, it’s gonna be a ride. 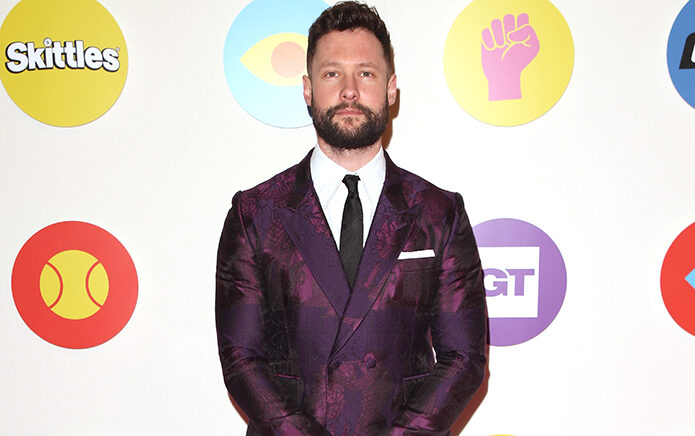 Speaking to GAY TIMES, Calum Scott teased the new music fans can look forward to and talked about the time he met Robyn in person. 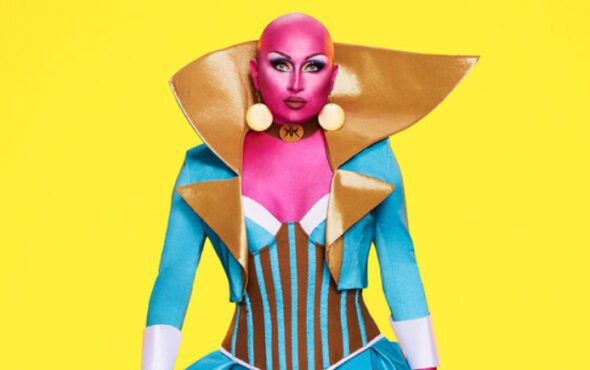 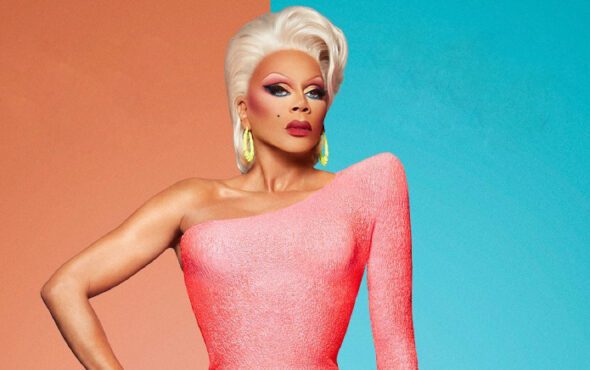 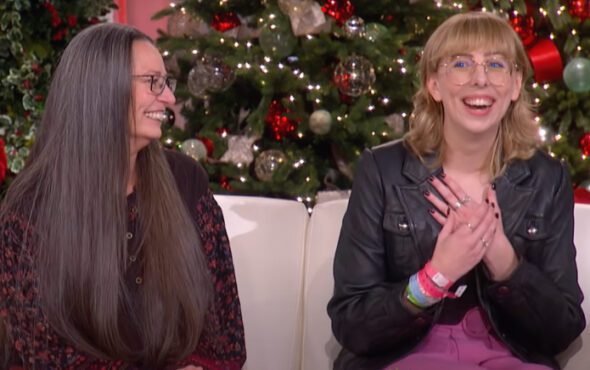