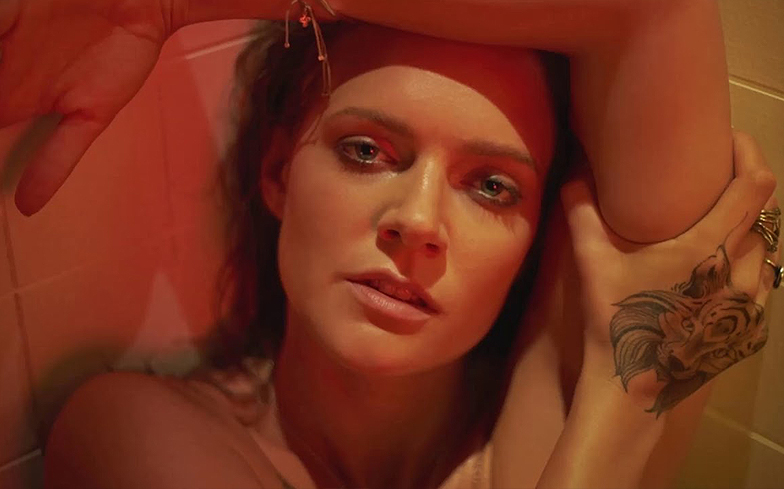 If you were one of the lucky ones who caught Tove Lo’s set at Mighty Hoopla this past weekend, you’ll be more than aware of the confident and exciting live performer that she is.

The Swedish star took to the Main Stage at Brockwell Park in London on Saturday, performing some of her beloved pop numbers along with her brand new single Glad He’s Gone.

With that new single comes her fourth studio album – titled Sunshine Kitty – later this year, so when Tove dropped into the GAY TIMES and Hunter VVIP area at Mighty Hoopla, we asked her what fans can expect from the collection.

“I think they can expect a little bit of a happier side of me,” she told us. “There’s definitely some club bangers on there, but some of it is a bit more acoustic. Maybe it’s because I’ve been living in LA for a while, or that I’m in a great relationship so I’m just happy at the moment!

“It’s still vulnerable and honest and dirty at times, but I think it’s a bit sunnier.”

Speaking about the themes that run through the record, Tove added: “All of my albums reflect where I am at in my life and what I’ve been going through, so I think instead of me being… I used to get scared about being vulnerable, but now I’m more accepting of it.

“It’s definitely nice to have friends to lean on – it’s a lot about friendship.”

Much like Tove Lo herself, Mighty Hoopla has a huge LGBTQ following and the festival has a more queer-leaning crowd in attendance on the weekend.

Speaking about the importance of festivals like Mighty Hoopla providing a safe space for LGBTQ people to be themselves, Tove added: “It’s really important and amazing because it becomes a celebration of being who you are.

“I always feel there is more love and acceptance and a happier vibe in general, which I think is really great. And like you said, it’s a safe space. That’s not an everyday situation for some people in this community. And I love to be a part of it!”