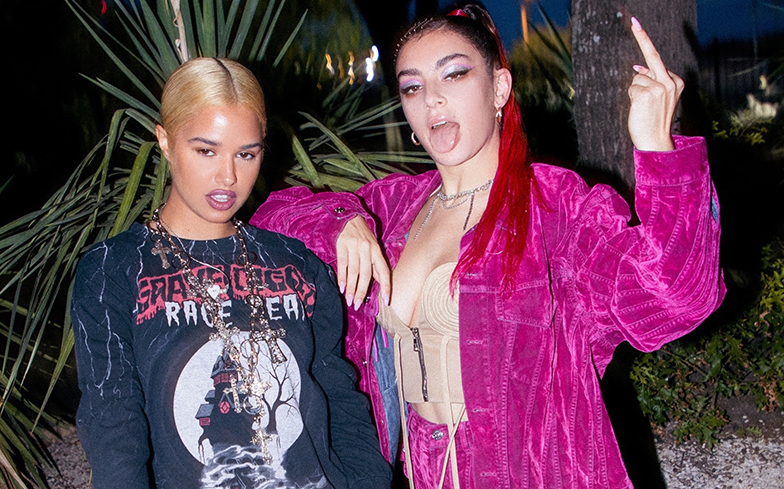 The two icons have teamed up on a savage new track called Bricks, which previously appeared in the 2018 film Assassination Nation – it was never included on the official soundtrack, and fans have been waiting patiently for its release.

“Look at my glow, all of my bitches they gold, look at my soul, look at my ice so cold,” raps Tommy on her verse before Charli takes charge on the hook, bragging: “Fuck it, I’m rich, I’m stackin’ bricks with my clique.”

It’s not the first time the two artists have worked together, as Charli jumped on a remix of Tommy’s fierce track 100 Bad last year.

Listen to Bricks here or below.

We spoke to Tommy last year where she discussed homophobia in hip-hop, being in control of her artistry, and how she doesn’t conform to gender norms.