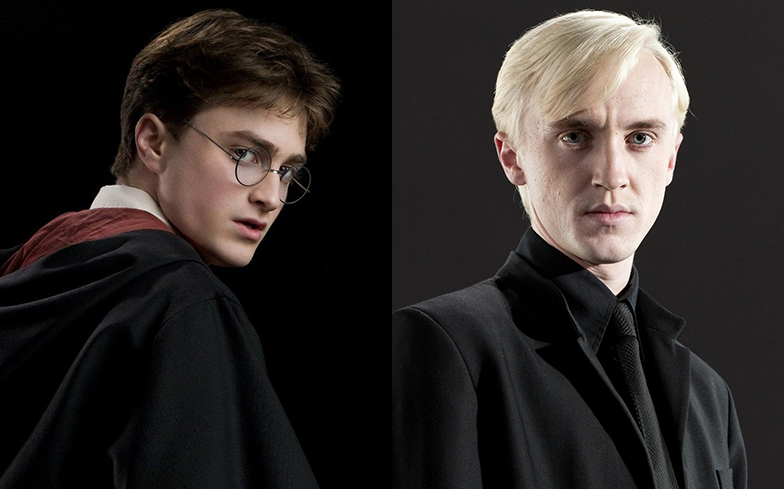 “He just couldn’t hide it.”

There, the cast reminisced on their time on the fantasy franchise and played a game of “Fact or Fanfiction?”

During the game, Felton admitted he’s come across some NSFW fan-fiction between his character Draco and Hermine Granger (Emma Watson), admitting: “I’ve seen some pictures. Some alarming ones.”

Lynch and Davis then dismissed a potential love-affair between Draco and Harry, but Felton and Grint were more open to the idea. “I think it was clearly a fact,” said Felton. “Harry was constantly crushing on Draco. He just couldn’t hide it.”

Grint responded: “I think he made quite an impression on Ron, as well.”

Watch the cast reunite and discuss the most hilarious and outrageous Harry Potter fan-fictions here.

Related: The Wizarding World of Harry Potter has a ground-breaking new attraction on the way.