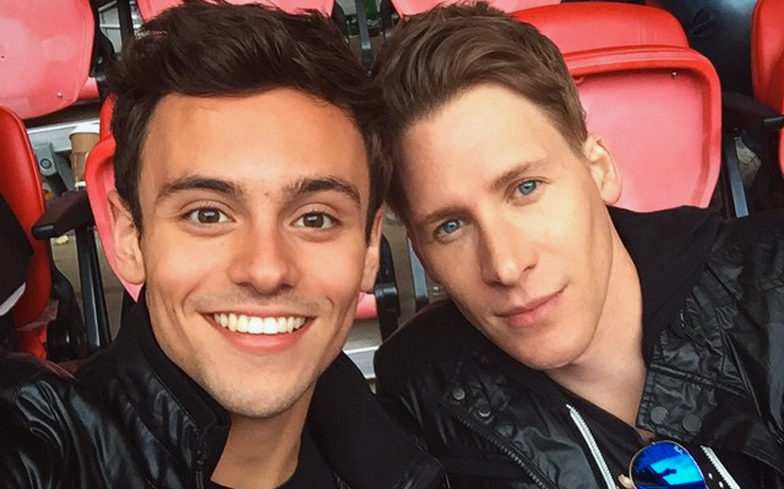 Olympic diver Tom Daley has opened up about his sexual identity in a new interview.

The 23-year-old – who won his fourth gold medal alongside Dan Goodfellow in the synchronised 10m platform at the Commonwealth Games in Gold Coast Australia earlier this month – has revealed that he doesn’t consider himself to be fully gay.

The athlete is currently expecting his first child with husband Dustin Lance Black, who he married last year.

While the couple know that the child will be a boy when its born via their surrogate, Tom explained that neither he or his husband know who the biological father is.

“We found an egg donor and we are the sperm donors, we fertilised half the eggs each,” he said. “We put in a boy embryo and a girl embryo and we don’t know whose is whose. The next time we will do it the other way around.”

Tom recently revealed that his impending fatherhood encouraged him to speak out about the Commonwealth’s anti-LGBTQ laws.

“You want your child to grow up having an equal opportunity as everyone else that is born, whether they’re gay, straight, male, female, whatever religion you are, whatever ethnicity you are,” he said on The Andrew Marr Show.

“I think that everyone should have the equal opportunity to do the best you can.”

He continued: “It changes your perspective on so many different levels. I was on the way home from Australia and there was turbulence, and normally I’m completely fine but I thought ‘I’ve got a little child to look after, I can’t die!’

“The way you think about the world changes so dramatically.”