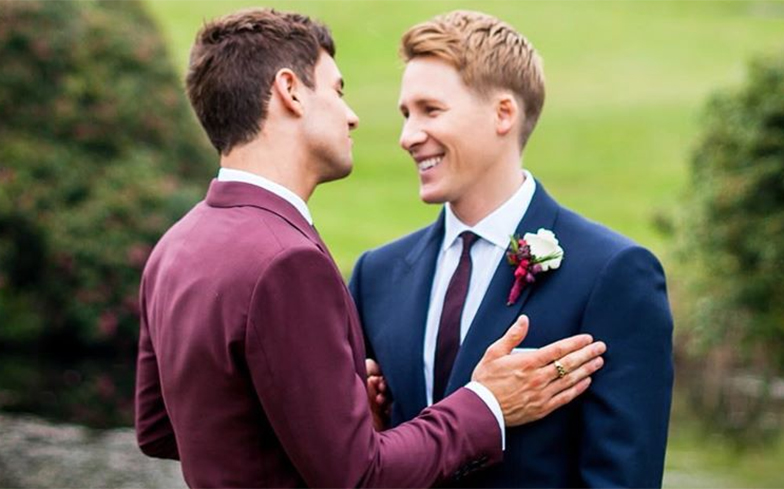 British Olympic diver Tom and Oscar-winning screenwriter Dustin both took to Instagram on Wednesday 6 May to mark three years since their wedding and share their love for one another with cute throwback photos.

“Can’t believe we have been married for 3 years! So much has changed. I love our little family,” wrote Tom alongside a photo of himself and Dustin looking at their wedding rings.

Dustin also shared two adorable photos of the couple from their wedding day, gushing that the time they’ve spent together has brought them even closer together.

Tom and Dustin married in May of 2017 after being engaged for 19 months.

The ceremony took place on May 6 at the luxurious Bovey Castle Hotel in Devon, at the heart of Dartmoor National Park, 30 miles away from Tom’s home city of Plymouth.

They later welcomed their son, Robert, into the world in 2018.