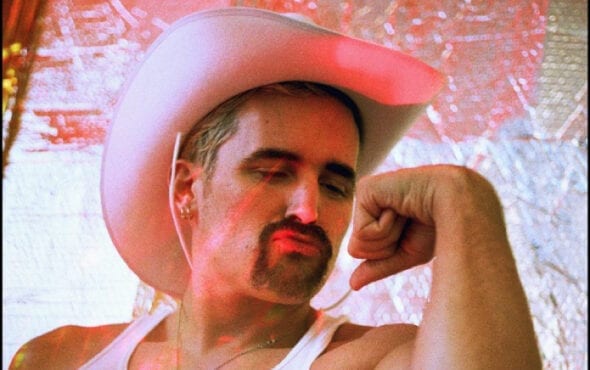 Pop artist Tom Aspaul has released his electric video for his latest single The Program and we simply can’t get enough!

In the new visual we are treated to shots of Aspaul and Madeline Wood dancing in front of a galactic backdrop while serving looks and vocals.

Aspaul elevates the video to new heights with its vintage 80s style, which is reminiscent of retro VHS tapes.

The Program, which was released last month, serves as the lead single from Aspaul’s forthcoming remix album, Black Country Discothèque.

It will include reimagined versions of songs from the star’s acclaimed debut, Black Country Disco and is set to be released on 15 March.

“I am super excited to start the second phase of the Black Country Disco era!” Aspaul said in a statement. “The Program is such an amazing song, when I got in touch with Funk LeBlanc about collaborating for the remix album, they sent the demo through and it was a no-brainer.

“It feels like the perfect progression sonically – we’re definitely in a new decade – and I’m actually relieved to be singing about something other than heartbreak! Having Madeleine Wood on board with vocals is a bonus too, her voice really complements mine and her songwriting is incredible.”

Watch Tom Aspaul’s new music video for The Program below and listen to the track here!