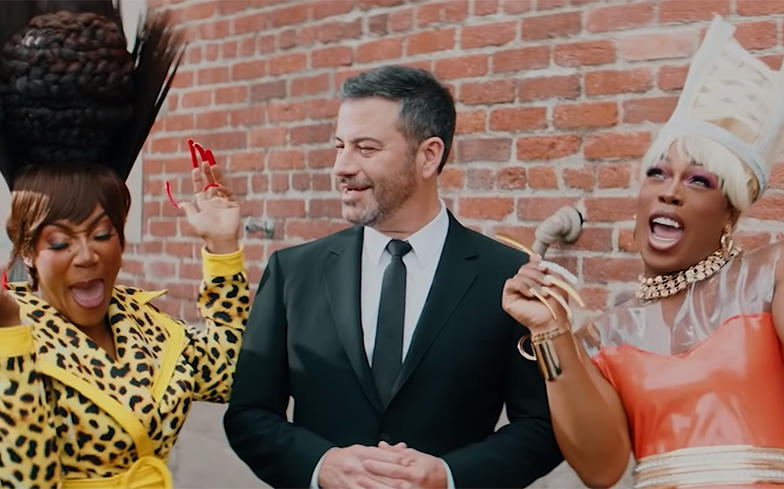 In the hilarious video for Dripeesha, the stars play “thotty” waitresses at a diner, teach dancers how to “bounce that ass fast” at an ass class and display their twerking abilities at a club called ‘The Golden Tooth’.

Dripeesha is the third single taken from Todrick’s new mini album Haus Party Part Two, the second in a series of three EPs that take inspiration from LGBTQ culture and the ball scene. They will form Todrick’s fourth full-length studio album.

The star also enlisted the help of Ciara on the EP for the remix of his dance bop Nails, Hair, Hips, Heels, Heels. Last month, he provided us with another unapologetic queer anthem called FAG – watch the gag-worthy visual here.

Dripeesha is now available to stream on iTunes and streaming services – watch the video below.

Related: Todrick Hall on his sickening Pride album and why he won’t return as main judge on Drag Race.