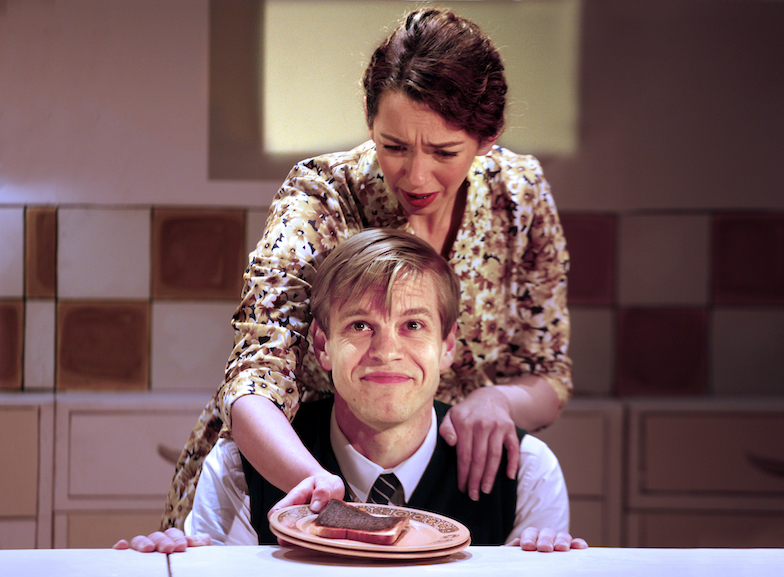 The coming of age story, based on Nigel Slater’s best-selling memoirs, has opened at The Other Palace Theatre, directed by Jonnie Riordan.

Toast is a new play based on the autobiography of cook and food writer Nigel Slater, recounting his memories from nine-year-old schoolboy through to his late teens. His childhood is told through the tastes and sounds he grew up with. Set in the Slater family home in suburban England during the 1960s, over the course of two hours we are given an insight into the events which shaped his formative years.

It’s a truly multi-sensory experience. When we enter the theatre it already smells of toast, and during the play we see the characters recreate a variety of retro recipes, filling the space with a number of delectable sights and smells. To help get us into the spirit of things, we’re also given a selection of tasty nostalgic treats to sample including Parma Violets, Walnut Whips and lemon meringue pies.

There’s plenty here to enjoy. All of the actors delivered solid performances; we were particularly taken with Lizzie Muncey as Nigel’s mum (although her presence was sorely lacking from the second act) and Jake Ferretti, who performed a variety of minor roles with a wonderfully amusing physicality. Giles Cooper as Nigel did initially seem a bit odd as a fully grown adult who was dressed and treated like a primary school child, but it mostly worked.

There were a handful of nice set pieces, too. A couple of neatly choreographed numbers were genuinely very funny – owing largely to Ferretti’s camp delivery – and there was an entertaining game show style section, which saw Nigel and his friends trying to second-guess his father’s thinly-veiled homophobic attitude regarding the types of sweets which would be appropriate for a boy.

Yet sections of the play just felt a bit flat. The first act had its fair share of moments where not a great deal was happening, or events weren’t unfolding quickly enough. The pace picked up after the interval, but there were again some instances where we just didn’t feel any sense of momentum. Additionally, while we initially enjoyed the moments where the fourth wall was broken, it rapidly felt like the technique was being overused.

Neither of these were deal-breakers, however – we still had an enjoyable evening at the theatre with Toast. It’s a neat little nostalgic celebration of food, with a cute set, an excellent soundtrack and some strong acting – but a handful of issues prevent it from becoming great.