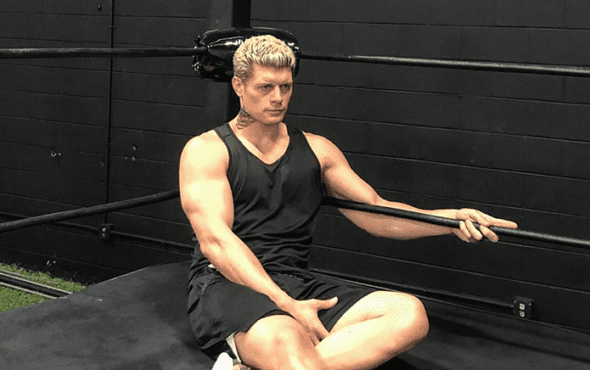 “If you have a problem with a gay man receiving a title shot, you can kiss my ass.”

Professional wrestling star Cody Rhodes has torn into a homophobic troll who called his gay opponent a “f****t”.

On Wednesday (15 July), the AEW TNT Champion will defend his title in a showdown against Sonny Kiss at the Fight for the Fallen special episode of Dynamite.

Kiss is gender-fluid and is comfortable with both he/her pronouns, and while competing in the men’s division in AEW, the dancer and wrestler has been very open about his gender and sexuality.

Shortly after news of Rhodes and Kiss’ upcoming match made the rounds on social media, several homophobic trolls spewed their ignorant opinions on Twitter, with one writing: “Seriously Cody Rhodes this is supposed to compete with WWE now?

“You having a match with this low class f****t he’s a joke that I’ll never take seriously. He Twerks in the ring like a stripper one of his moves is banging your face into his ass really?!!”

Rhodes, who boasts nearly one million followers on Twitter, came out swinging for LGBTQ+ rights and yes, we love to see it.

“This is terrible. And you’re not worth the signal boost,” he hit back. “But I’ll make this clear to fans worldwide. If you have a problem with a gay man receiving a title shot, you can kiss my ass. I’m proud to share the ring with Sonny.”

Rhodes’ brother Dustin, also a professional wrestler, called the troll a “jackass of monumental proportions” and said there’s “no room for that kind of crap”.

On Tuesday (14 July), Kiss thanked his followers for the “overwhelming amount of support”.

“I’ve been incredibly open and comfortable with who I am since I was practically a baby,” he wrote. “You can’t shame someone who is unabashed.

“LGBTQ+ community and allies, I completely stand with you guys in making wrestling more positive and comfortable escape for everyone. That is something we should all strive for. So, once again, I thank you!”

Kiss added: “Sadly, I’d imagine the people on social media who spew hatred are often feeling more pain and sadness than what they’re inflicting on others.

“To the LGBTQ+ community: this Wednesday. It’s ON! This is not only for me, but for US! I’m going into this match feeling better than ever.”

Rhodes later praised Kiss, calling him “talented and untested” with the “strongest legs in the company,” but said he “doesn’t stand a chance” in their upcoming match.

This is terrible. And you’re not worth the signal boost.

But I’ll make this clear to fans worldwide.

If you have a problem with a gay man receiving a title shot, you can kiss my ass.

I’m proud to share the ring with Sonny. https://t.co/ZNkTZ29rRb

You are one of those guys, a jackass of monumental proportions. Don't you ever speak like that again, you piece of shit! No room for that kind of crap. Now go bury your head forever. https://t.co/kCVeoN750t

Strongest legs in the company, great balance, and explosive/flush offense(ie 450) when he executes. Really talented and untested. 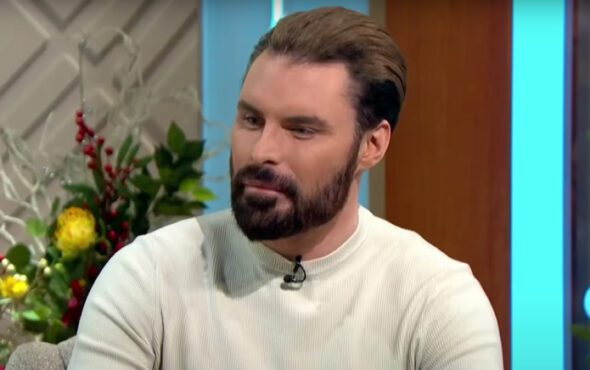