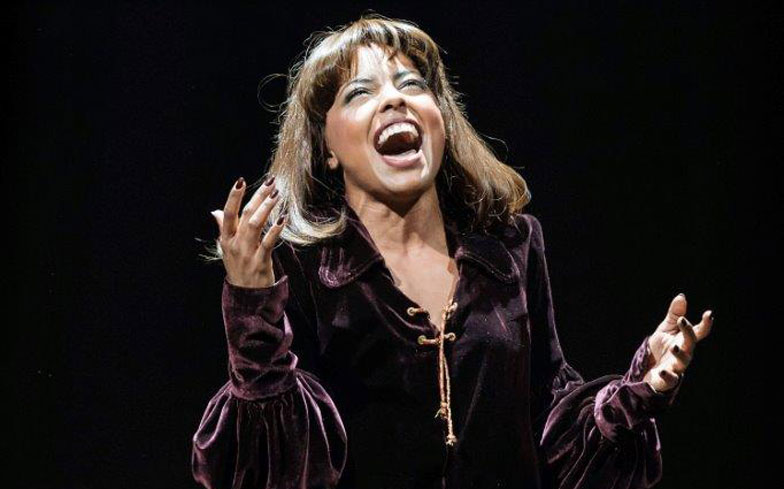 The world premiere of the official Tina Turner musical is now open in London.

Now playing at the Aldwych Theatre, TINA: The Tina Turner musical follows the life of the chart-topping music legend from young girl to international superstar. Included inside is her difficult and abusive marriage to Ike Turner (played honestly by Kobna Holdbrook-Smith), her struggles to be signed as an artist, and her battles with many others around her as she fights for her dream – and what a journey it is.

Adrienne Warren storms to victory as Tina, perfecting every voice inflections, recognisable personality traits, and powerful voice, too! The show gives Adrienne the most perfect journey to develop and build her take, and that she certainly does. Tackling the songbook of a global chart-topper and diva like Tina is no easy task, yet Adrienne seemingly does this with great ease – much to the audiences’ enjoyment.

Speaking of songs, TINA is packed to the rafters with (simply) the best, those including What’s Love Got To Do With It, We Don’t Need Another Hero, Simply the Best, Proud Mary, Nutbush City Limits, and many, many others. Those we will leave to your surprise!

Katori Hall, Frank Ketelaar and Kees Prins’ script stands this tale in the most honest of ways, not trying to null the levels of horrific abuse Tina suffered at the hands of many – Ike Turner the main focus here. Although diluted by unfocused direction by Phyllida Lloyd at times, the rushed scenes and distracting scenic design can push away from pulling at your heart when your connection to this story is needed most.

The Mamma Mia! director does – much to her credit – know how to evoke a sense of enjoyment in her work, and this is shown during the closing moments of the show. As Tina finally gets the life and success she deserves, her upbeat and bouncing direction (and songs) means that you’re left leaving the show with the very best Tina you want to remember. It is, however, sad that such care isn’t applied to the more touching moments where blunt entrances to songs interrupt important pillars of Tina’s tale.

Although it can feel as if the direction, book and leading lady are trying to bring to life the same tale in different ways, such is the unfortunate disconnect at times between each, there’s something wonderfully charming about Tina that you can’t help but champion. And with a star like Adrienne Warren and score of Tina Turner hits at the helm, you’re sure to leave with a smile and even greater love for the chart-topping music sensation that really did set the world alight.