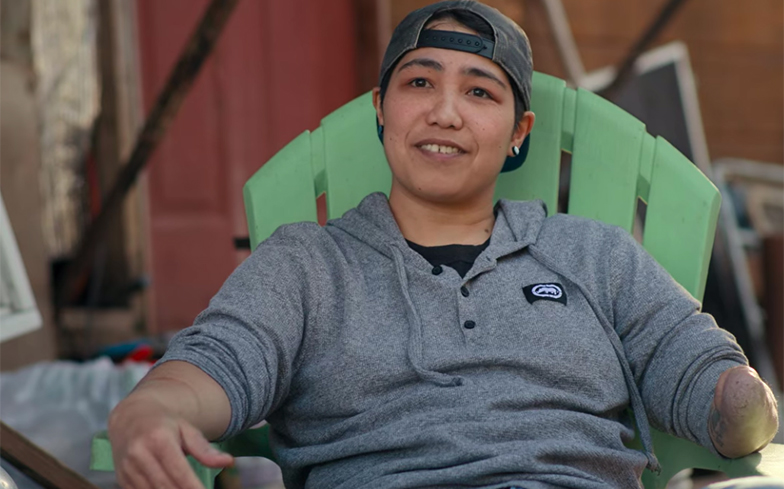 Tiger King star Saff has opened up about the misgendering he experienced on the show.

After being thrust into the spotlight for his appearance in viral Netflix documentary series Tiger King, kind-hearted park manager Kelci “Saff” Saffery has found himself at the heart of a debate over gender pronouns.

During the show, Saff was incorrectly referred to using ‘she’ and ‘her’ pronouns despite identifying with ‘he’ and ‘his’ pronouns – although this was later addressed in an after-show special called The Tiger King and I

Despite previously admitting he “didn’t really pay it any mind”, Saff says that the resulting backlash over his misgendering has raised an important conversation about the importance of using correct pronouns.

“I don’t think they intended to be cruel in any way, but dismissive or not, it still made a very, very loud statement about the way they feel about the [LGBTQ+] community,” Saff told the Thomson Reuters Foundation.

“Personally it doesn’t bother me… [but] these titles and these pronouns, they matter just as much as calling someone by the wrong name. It’s something that you shouldn’t dismiss.”

Saff said he doesn’t identity as transgender, but lives as a man and uses ‘he’ and ‘him’ pronouns.

“My children call me dad, they do not call me mom,” explained Saff, who has three children with his longterm female partner.

“I can’t remember a time when I knew (anything) different… I just think it was obvious, what I wanted, the way I wanted to live and my family immediately supported that.”

It was previously reported that American Horror Story creator Ryan Murphy and actor Rob Lowe will be producing a Tiger King adaptation.