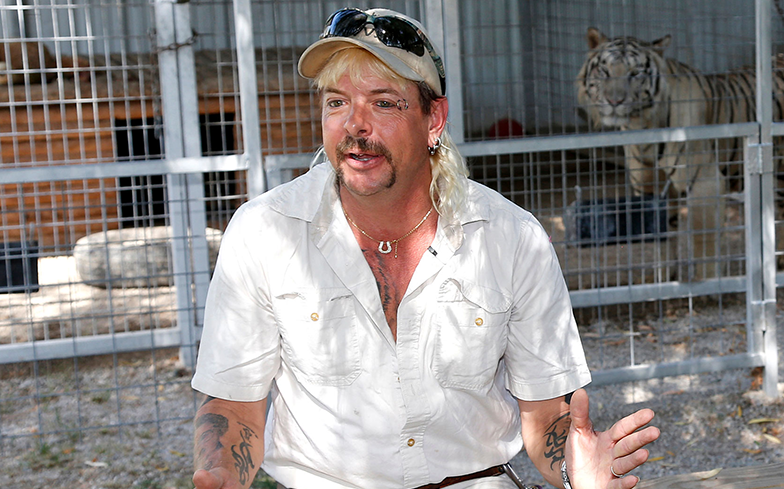 Joe Exotic has contracted the coronavirus.

The reality TV personality and “big cat” conservationist, who recently rose to fame with his controversial stint on Netflix’s breakout documentary series Tiger King, has reportedly been hospitalised after catching coronavirus in prison.

Exotic was moved from Oklahoma’s Grady County Jail to isolation in a Federal Medical Center in Fort Worth earlier this week, according to The Mirror, after several other inmates at the jail tested positive.

The New York Post contacted Grade County and a staff member confirmed: “He is no longer here at this facility.”

In an interview with Andy Cohen, Exotic’s husband Dillon Passage said they “speak like three to five times every day, but since he’s been moved to this new facility, they are putting him on a Covid-19 isolation because of the previous jail he was at.”

He continued to say that he hasn’t spoken to Exotic since he was transferred.

The 57-year-old was convicted earlier this year for two counts of murder-for-hire of his rival Carole Baskin, a fellow conservationist and owner of Big Cat Rescue, and for various animal abuse charges; all of which are explored in the series.

Due to the global coronavirus pandemic forcing people to quarantine inside their homes, Tiger King has become one of the most popular and critically-acclaimed series of all time on Netflix.

The show has also garnered significant attention on social media, with the show’s bizarre characters – including Exotic, Baskin, his plethora of husbands and fellow big cat conservationists – spawning meme after meme after meme.

We recently scoured the web and collected some of the best memes from the series – check ’em out here.