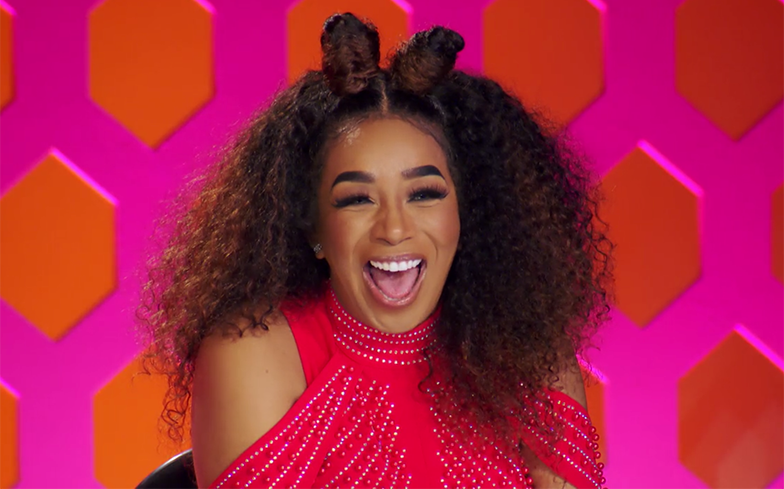 “I’ve always had the fantasy of sitting on Rosie O’Donnell’s face, but tonight, Rosie O’Donnell wasn’t present because I kept my legs closed the whole time you performed.”

Can we induct Tiffany Pollard into the Drag Race Hall of Fame? Because honey, the HBIC stole the mothertucking show on this week’s episode, providing fans with more iconic quotes and future gifs to her legendary repertoire.

For this week’s episode, the queens starred in Trump: The Rusical, a parody-slash-attack-slash-commentary on his presidential residency, and then sashayed down the main stage in their finest tangerine extravaganza.

It was the perfect episode for the OG queen of reality TV to make her debut, and we were living for her critiques, so we rounded up ten of the best comments she had for the contestants below.

A’Keria C. Davenport: “Alright Kawanda! You better make that extra money on the side girl!”

Brooke Lynn Hytes: “See this is the kind of bitch my man would cheat on me for.”

Shuga Cain: “I’m so glad I’m black so I don’t have to go tanning and end up like that.” Shuga: “Walk your intimidating ass off this stage real quick.”

Mercedes Iman Diamond: “A black woman with blonde hair is not celebrated enough in this country. Ru, can I get a ‘hello!’?”

Vanjie: “I wanna say, I’ve always had the fantasy of sitting on Rosie O’Donnell’s face, but tonight, Rosie O’Donnell wasn’t present because I kept my legs closed the whole time you performed.”

Brooke: “What’s your background? Are you Norwegian?” (“I’m Swedish actually and French.”) “Oh okay, is that near Norwegia?”

Brooke: “Have you had a bikini wax before? My man is not afraid of a bush, so I’ve been letting a bush happen. It’s hot now, I need to get rid of the hair. Does a bikini wax hurt?”

Vanjie and Brooke: “You got that itch need to be scratched?”

The last two quotes were from Untucked, where Tiffany visited the queens and investigated the budding “hoemance” between Vanjie and Brooke. You can watch Untucked – and the fourth episode of Drag Race season 11 – on Netflix UK.

Related: This queen on Drag Race Thailand just set herself on fire on the runway.