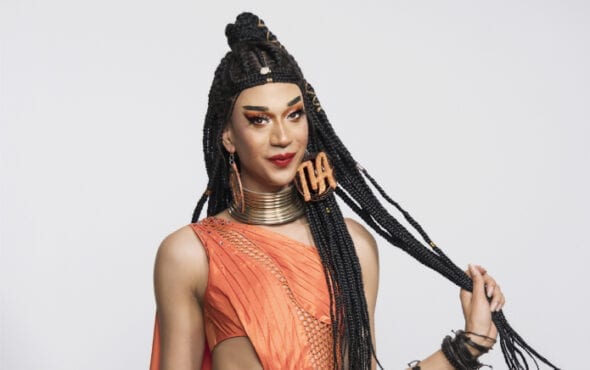 When we had a moment with the London-based performer for our exclusive digital cover story with the cast, we seized the opportunity to find out which queen will be stirring the pot.

We love a bit of drama and conflama, don’t we?

“Oh, who’s the troublemaker? To be honest, probably the queens from season one!” laughed Tia. “You know what I mean? They’ll get involved in it somehow. I don’t think it’s me.”

Tia revealed that her energy throughout season two is “very observing, intrigued about what’s going on,” before assuring GAY TIMES: “I don’t think I’m a troublemaker.

“You are a troublemaker. I feel like you’re causing trouble right now!”

When we piqued the same question to the rest of the cast, Tayce and Lawrence Chaney nominated A’Whora, with the latter saying the star is an “opinionated” queen.

Joe Black joked: “If you’re talking shady, at six foot tall, Ellie Diamond. Wherever she walks, she will cast a shadow. She is Britain’s largest adult baby.”