The star’s debut EP, Part 1: Damage, skyrocketed to the top three of UK iTunes upon release.

Following the huge success of her debut single Outside In, her Cahill-assisted collaboration Look What You’ve Done and Loving Me Like That, all of which received praise from critics, Tia Kofi has launched an assault on the charts with her first ever EP.

Part 1: The Damage is a five-track collection of 80s dance-pop bangers inspired by a “massive breakup” from in-between filming the second season of RuPaul’s Drag Race UK. Within hours, the EP skyrocketed to the top three on UK iTunes – cementing Tia’s status as one of the biggest drag artists in Britain. In the words of her season two sister Bimini, “Not a joke, just a fact.”

Here, we catch up with Tia to discuss the story behind the EP and her incredible cover of Chantelle Houghton’s critically-reviewed pop anthem I Want It All, as well as Victoria Scone – her drag daughter – making herstory as the first cis female on Drag Race UK.

Tia, this is a big week for you. How are you feeling?
It is! It is a very big week for me. I’m super excited about everything. We’re rehearsing and doing new arrangements with the songs, which is gonna be gorgeous. I just can’t wait, it’s my own show!

Congratulations on this EP, it’s absolutely incredible. How does it feel to finally get it out into the world?
It feels really great, and it’s like a dream come true. I’ve been gifted this platform and all these amazing people who have been really supportive throughout. Now to be able to share the music we’ve been working so hard on is incredible.

I’ve seen so many people on social media rallying behind your music. The gays are loving it.
This is why we do everything in the first place. It’s the reason that I started drag, to entertain the queer community. Then to go on Drag Race and to do that on an even bigger scale, and now to release my music and have people be so supportive of it, it’s just such an incredible feeling. I hope that everyone continues to enjoy it and be entertained.

We have to talk about I Want It All, a cover of Chantelle Houghton’s iconic fake pop anthem from Celebrity Big Brother. Why did you decide to cover this song?
Oh my god, isn’t it camp? Honestly, Big Brother has been such a massive part of my life growing up. The first series came out when I was 10 and I wasn’t allowed to watch it because it was naughty. I watched it anyway. There was a contestant on it called Mel who was mixed race and I had never, at that point, seen anyone who looked like me and my sister before, so I felt really represented by it. Then there were LGBTQ+ people, like series two was won by Brian [Dowling] who is a gay man. In those formative times as a young queer person, it truly was an access point to see people who looked like me and represented my heritage and sexuality. It had such an impact on me, so I just genuinely wanted to do an homage to something that made such a massive difference to my life. And then I went on a reality TV show myself, do you know what I mean?

Has Chantelle heard the song yet?
I will be doing everything in my power to make sure Chantelle hears it. I hope she likes it. Do you know what? I might even do a music video for it and get her in. How about that? Chantelle? Are you listening? Are you there? Are you reading this? It would be so camp. Maybe we could do a reunion with everyone from that series, see if Jodie Marsh and George Galloway wanna hang out…

This EP is part one, and it’s full of heartbreak bops. What is the story behind it?
When we had that break in filming, I had a massive breakup. It was a four-year relationship. That was pretty heartbreaking and really difficult to recover from, but it came out through the music. I always call myself the Dua Lipa of drag and I’ve got a feeling that might be some gentlemen out there who’ll be listening to a couple of lyrics in some songs being like, ‘Oh, yeah. That’s me.’ This first EP is all about heartbreak but the second one – because there will be a second one, yes it’s already in the works – will be about fixing the damage, as it were. It’s like an album in two halves, really. I can’t wait for everyone to experience this first chunk and then wonder what the resolution is going to be for the second. We’re telling stories through music!

I think I’ll be alone in this, but I had Weird Science vibes with the EP cover. Were you inspired by anything in particular?
Oh really? I had some really strong 80s references for it and I basically wanted it to feel like it was Sega game. So, that is what we were aiming for but I’ll take Weird Science because that is perfect. We’re giving you 80s retro vibes all around.

The collection is very 80s dance-pop. Who were your references?
Oh my goodness, we love a bit of Dula Peep. I’ve got to shout out Dua Lipa, as I iconicly refer to myself as the Dua Lipa of drag. I grew up around 80s music because that’s what my dad listened to, so I’ve always been a kid who’s been bopping around to Pet Shop Boys and David Bowie, all of that – I think I’m secretly a new romantic at heart.

It’s only been minutes, but how has life been for you post-Drag Race UK?
Yeah, I think it’s only been around 33 seconds and now season three is coming. No, it’s been absolutely incredible. I cannot complain, everyone has been so so so supportive and I’ve been extremely fortunate to keep getting love and positivity from everyone who’s watched it. Some people have had some negative things happen, so… everyone stop being naughty and be nice to all my friends. But, I’ve been absolutely overwhelmed by love and I love everyone back for it.

I have to ask, who are you rooting for on the third season of Drag Race UK?
Victoria Scone is actually my drag daughter, true story!

Is she? Tell me more!
I know, surprise! You’ve got to have scones with your tea, so it make sense. I couldn’t possibly say, they’re all my sisters, but the answer is: everyone beginning with ‘V’ and ‘River’. That’s my answer! Victoria and of course, Veronica [Green], my season two best friend, and River Medway. I think Vanity [Milan] is an incredible performer, and also… diversity. I’ve gotta stan my fellow Black queens. I think the entire cast is absolutely gorgeous. I love Kitty [Scott-Claus] as well. Also with Victoria, it’s 2021 – how can you still be the first person to do something? I wanna be the first person to do something, that would be amazing. But, she’s the first cis woman to get on the show anywhere in the world and we know at this point, there have been 73,000 series of Drag Race across the globe, so I’m so proud of her and every time I talk about it I cry. And River Medway is an icon.

There was a bit of backlash towards Victoria from those who have the wrong opinion that cis women can’t participate in drag. Overall, however, the news was met with overwhelming praise and support for Victoria. Do you think this means that audiences are ready for drag that isn’t just cis, gay men?
I think so. It’s an important thing because it exists and it has always been here, it just hasn’t been shown on that platform. I remind everyone, even though we love Drag Race and everything that it does, you have to pay attention to local drag and performers to fully understand the plethora of drag that’s available. It’s so incredible that Victoria is now showcasing that and allowing everyone to see that, if you wanna do it, you can do it. She is the first person to do it. She applied for it, thinking it wasn’t a possibility, and now she has made it a possibility for so many other people. Now, I’m gonna cry because I’m so proud of her!

Tia Kofi’s debut EP, Part 1: The Damage, is now available on iTunes and streaming services. You can listen here on Apple Music or below. 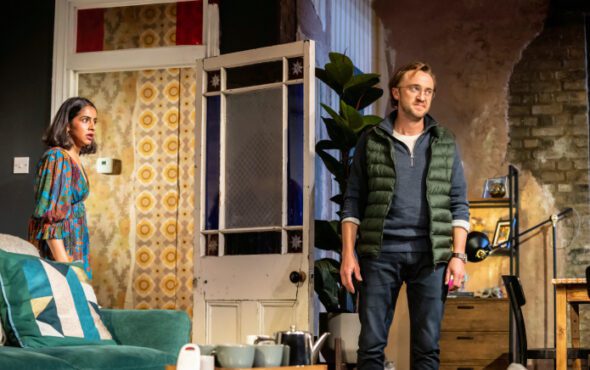 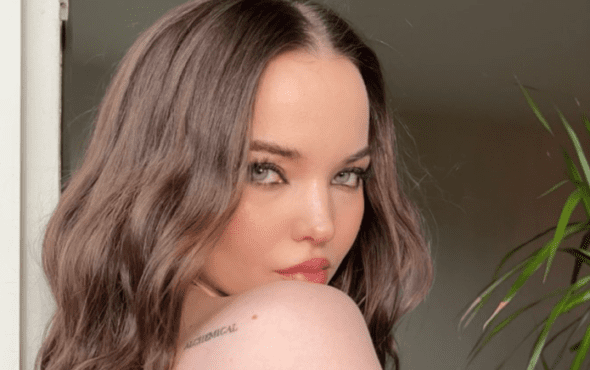