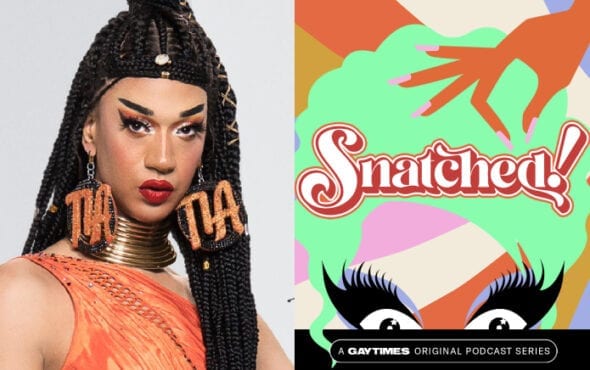 In this week’s episode, Sam and Umar address the queens’ impersonations on the fan-favourite maxi-challenge, Snatch Game, their favourite celebrity impressions throughout the years and Tia Kofi’s departure.

Tia discusses the gag-worthy “twists and turns” of the season, including the critiques from the judges and cast about her aesthetic, sashaying away from the series due to COVID and that “terrifying” encounter with RuPaul on the main stage.

She also hits out at the ‘fans’ who bombard contestants with information about the series on social media.

“The number of times I’ve had to be like, ‘I’m obviously not gonna say anything. What part of BBC NDA do you think means I’m gonna tell everyone everything that has happened on the show, because it doesn’t!’”

Tia adds: “It means I’m very frightened at the power and might of the BBC and will never slip up at any point, thank you very much!

The first six episodes of Snatched! are now available on all streaming services, including Spotify and Apple Podcasts. To hear the full unedited interview, sign up now to GAY TIMES+.