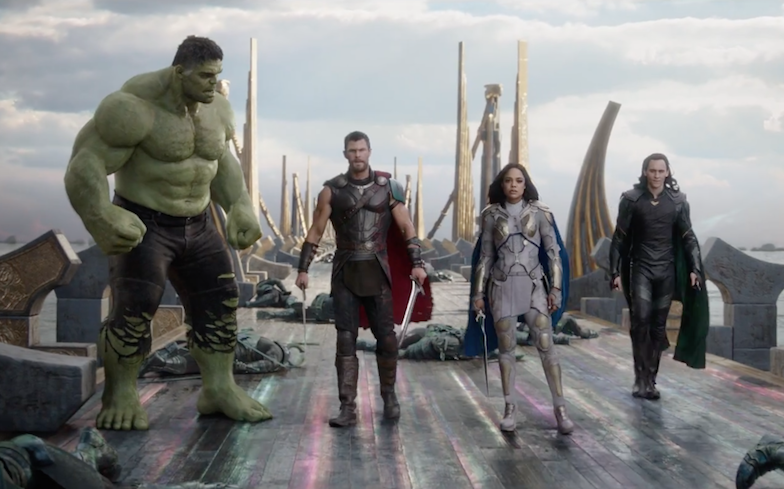 Tessa Thompson has revealed that she filmed a scene that confirmed her character in Thor: Ragnarok is bisexual.

The actress plays Valkyrie in Marvel’s latest blockbuster adventure, but she had to tell fans of her character’s sexuality on Twitter as the film doesn’t explicitly suggest it.

However, that wasn’t always the case.

In a new interview with Rolling Stone, Tessa explained that she filmed a scene where o woman walks out of Valkyrie’s bedroom, heavily suggesting that they had been intimate with each other.

The moment was ultimately cut from the film as it “distracted from the scene’s vital exposition.”

Nevertheless, Tessa revealed that there is another scene in the film that she likes to think hints at Valkyrie’s bisexuality.

“There’s a great shot of me falling back from one of my sisters who’s just been slain. In my mind, that was my lover,” Tessa said.

“There were things that we talked about that we allowed to exist in the characterisation, but maybe not be explicit in the film.”

Tessa Thompson stars alongside Chris Hemsworth as Thor and Mark Ruffalo as The Hulk in Marvel’s latest blockbuster instalment.

Cate Blanchett and Jeff Goldblum also star in the intergalactic adventure, which is in UK cinemas now and on 3 November in the US.

There’s still no word on whether the big screen portrayal of Korg can be considered the MCU’s first gay character in a movie, as in the comics he was in a gay relationship with another member of the Warbound called Hiroim.

“We wanted to change the idea of what a hulking guy made of rocks could be. He’s huge and heavy, but with a light soul,” director Takia Waititi previously said, who also voices the CGI creation.

“We wanted to make him funny and a relatable entry point into this world. And Thor needs friends.”

Related: Thor: Ragnarok director promises DVD of Chris Hemsworth with his top off