This Twitter thread perfectly sums up why Love, Simon is a vital film for LGBTQ people 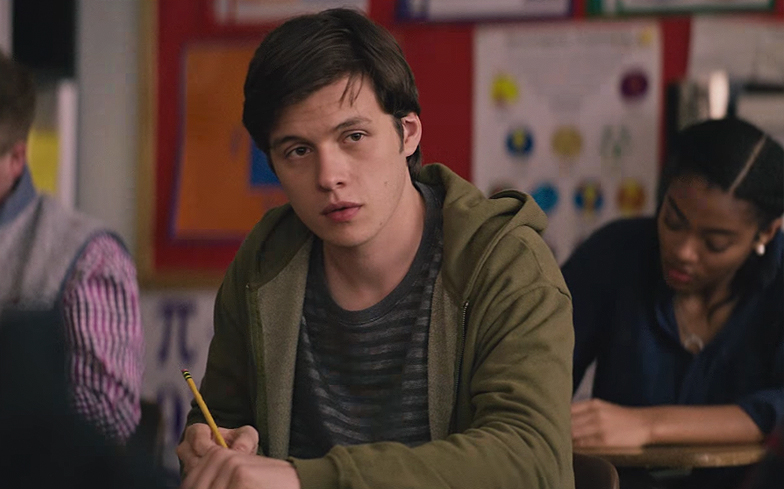 Hailed as the first rom-com released by a major movie studio that features a gay lead character, Love, Simon is making people sob in cinemas across the world with its powerful moments.

But with something so celebratory, there always comes a slew of cynics and critics.

There have been numerous points of view shared online with some questioning why the movie is needed when attitudes towards LGBTQ are better than ever, and others saying that it is a very idealistic portrayal of the coming out experience.

After seeing some of these views, Calvin Stowell – who is a Chief Growth Officer at The Trevor Project – perfectly summed up why Love, Simon is so vital during a series of tweets.

“Bear with me, I’ve got something to say about @lovesimonmovie and some of the pushback I’ve seen on it from some LGBTQ adults,” he started. “This is not an indictment on anyone, just felt it was important to share as someone who literally works in LGBTQ youth suicide prevention.”

Calvin goes on to outline just how significant of an impact it could have on LGBTQ youth, and why it’s an important turning point in gay representation in mainstream Hollywood films. You can read his full thread below:

2/ I've seen a lot of folks argue that it isn't 'queer enough' or that it's unnecessary in this day and age. And to be totally transparent, I might have argued the same before I took my current role at The Trevor Project.

4/ But, then I started working here, and saw the hundreds of phone calls, chats and texts we get every single day from kids who want to come out but are absolutely terrified to do so, who have no one to turn to and just want someone to talk with.

6/ I've seen the film 3 times now, and enjoy it more every single time. Every time I walk out of the theater all I can think of is "God damn. I wish this movie existed when I was a teenager."

8/ What's special about this film is that it's triumphant. So often (nearly always) LGBTQ stories are marked by tragedy: Loss of friends, family, home, health, or life.

10/ Love, Simon is a romcom, and it's a gay one. At the end of every screening I've gone to people literally cheer and holler. It's so nice to see a sweet, to the level of saccharine by the final scene, story centered around an awkward gay kid.

12/ I urge the adults who either are attempting to speak on behalf of teenagers or speaking over them to stop and actually listen to them, they might learn something.

13/ I really loved the film. I'm grateful for @beckyalbertalli for creating the story. I'm grateful for @GBerlanti for leveraging his producing power to make it a reality. I'm thankful that a generation of kids will have something I never did. There's something special about it.

Jurassic World’s Nick Robinson stars in the title role of Simon, while Jennifer Garner and Josh Duhamel play his parents.

Keiynan is in conversation with Love, Simon director Greg Berlanti for his cover shoot in the April 2018 issue of Gay Times, which is available to pre-order now.

Love, Simon is in US cinemas now, and will be released in the UK on 6 April.