This story of Prince Henry will warm your rainbow heart… 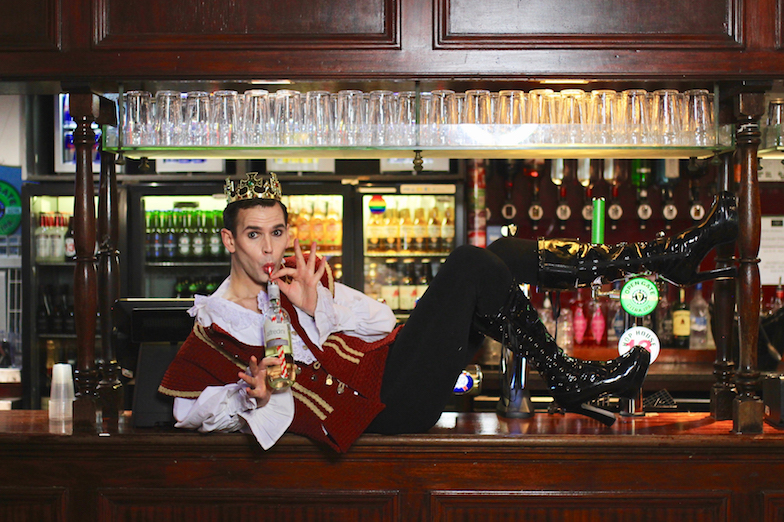 In Happily Ever Poofter, Prince Henry might seem to have a perfect fairytale life, but the terrible truth is that he’s the only gay in the magical kingdom.

Determined to find true love, our lonesome prince is transported by his Fairy Godfather to a strange and confusing new realm – the London gay scene. Here he must attempt to find his place in the world and a man to call his own, even if that means rewriting the story that has been set out for him.

Having been a regular fixture of the London queer theatre scene for several years now, Rich Watkins here presents his first one-man-show, and also writing his debut. The result is an absolute triumph, bursting with wit and wisdom. And as well as playing the main part of King Henry with cheek and charm, Watkins also expertly takes on a variety of other weird and wonderful characters that we encounter along the way.

There are puppets, and costume reveals, and audience participation. It’s as hilarious and silly as we might expect from the title, but also surprisingly moving and life-affirming. Watkins has accomplished a rare feat with Happily Ever Poofter, an hour of solid gay comedy that’s also unafraid to tackle some of the more serious queer issues while still remaining genuinely hilarious.

It’s tempting to compare this to panto, but actually it’s a piece that’s perfect for Pride season. It’s out and proud, and loudly unapologetic. Deft direction from Denholm Spurr and camp-tastic choreography from Simone Murphy add up to make a real treat to warm our rainbow hearts. A timely message of community that’s not to be missed, be sure to make a wish and ask your Fairy God-person for a ticket.

You can find details of the London preview shows here.

Happily Ever Poofter will then be playing at The Outhouse as part of the Edinburgh Fringe Festival from the 3 to the 9 August. You can keep up to date with Prince Henry on Facebook here, and on Twitter here.