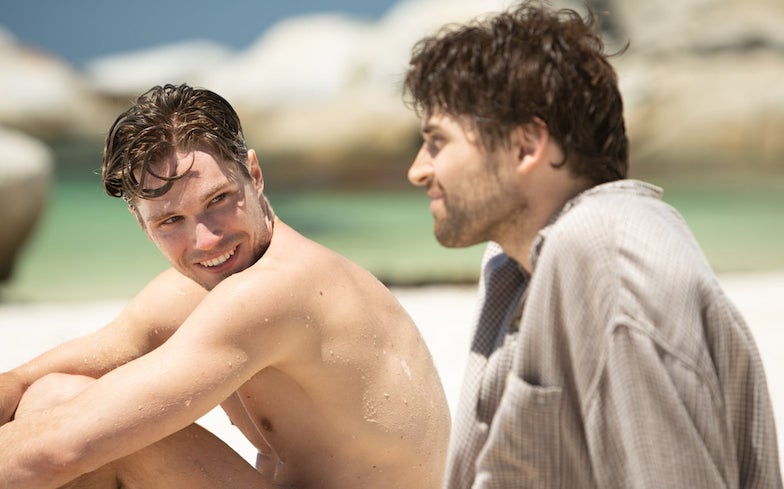 Moffie is getting rave reviews from critics.

Directed by Oliver Hermanu (Beauty, The Endless River), the historical drama tells the story of South Africa’s white minority government who were recruited and trained as soldiers to defend the apartheid regime in the early 1980s.

Due to the country’s staunch, anti-gay views, Nicholas is forced to conceal his queer identity from his fellow soldiers. He soon finds himself in danger after developing an intimate relationship with fellow recruit, Stassen (Ryan de Villiers).

The film, which is named after a derogatory gay slur commonly used in South Africa, premiered at the Venice International Film Festival in 2019 to widespread critical acclaim, with Variety calling it “scarringly brilliant” and a “masterpiece”.

The Guardian praised Hermanu’s direction, saying “he’s able to turn his attention to the visceral sadism of the South African National Defence Force, critiquing the emotional and physical toll of such a toxic regime.”

In a four-star review, The Telegraph said the film “does such a thought-through, empathetic, and powerful job of exploring homophobia as part of a root-and-branch mentality in South Africa’s white patriarchal psyche.”

Moffie was due for a theatrical release this year, but due to growing concerns over the coronavirus pandemic, it was released last week (24 April) on Curzon Home Cinema for £11.99 (discount is available for members).

Watch the first official UK trailer for the powerful new film below.