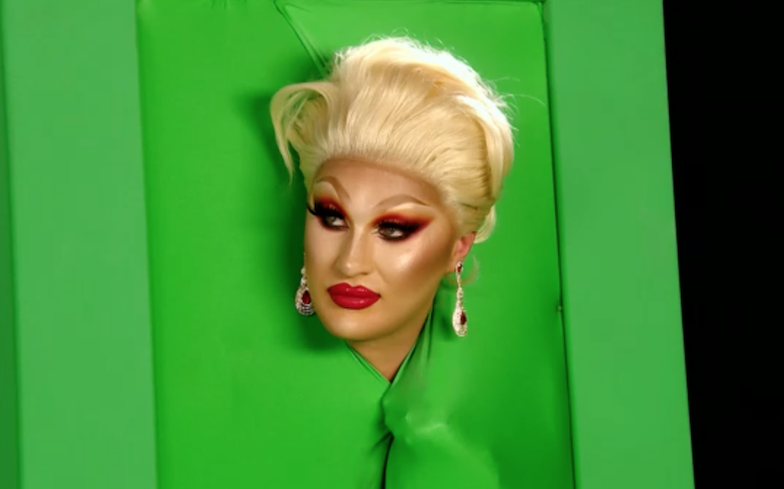 Don’t expect any of the Drag Race UK queens to walk home with a 7-night stay in Benidorm courtesy of Jet2.com for winning a maxi challenge anytime soon…

While the first-ever episode of RuPaul’s Drag Race UK received a resoundingly positive reaction following its debut, one part of the British format that left viewers confused was the lack of big-budget prizes.

Upon entering the werkroom, RuPaul informed the queens that there won’t be a cash prize for scooping the crown, but rather a trip to Hollywood to film their own digital series.

Later in the show when the results of the maxi challenge were in, the winning queen didn’t walk off with a £1000 gift certificate for Primark, or even a three-night trip to Center Parcs in Longleat Forest, but rather a Ru Peter badge.

Related: The 5 most gag-worthy moments from the RuPaul’s Drag Race UK premiere

For British viewers, this was a genius pun on the classic Blue Peter badge that many of us aspired to win when we were younger.

For international viewers though, they were left scratching their heads.

Because RuPaul’s Drag Race UK is produced by BBC Three, it means it is funded with public money from the license fee and therefore it’s likely the decision was made that they cannot justify £100,000 prize money giveaways.

Also, according to the BBC, “No programme on a BBC publicly funded service may be sponsored.”

So where the US version can give away a sickening supply of Anastasia Beverly Hills, luxurious getaways courtesy of Al & Chuck Travel, or some serious bling from Fierce Drag Jewels, the BBC are unable to team up with a sponsor to offer equally big-budget prizes.

It means the British queens will have to settle for a collection of Ru Peter badges for their good work on the runway.

That being said, there’s no doubt that the queens will earn bigger fees and more high-profile gigs following their time on the show.

“I know [the queens] are used to making 50 quid, working their arses off for not a lot of money,” Drag Race judge Michelle Visage told us earlier this year.

“I’m hoping the show can get their fees raised and they get to go on tour, go to other countries. The American queens always get the attention and the gigs, but now this is an opportunity for the UK kids to become the superstars that they are.”

The first episode of Drag Race UK is available to stream now on BBC Three via BBC iPlayer in the UK, and on WOW Presents Plus in the US.