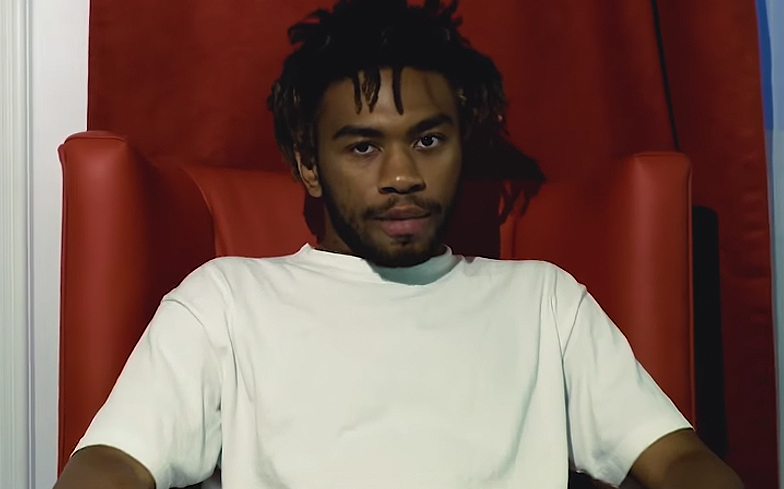 While Brockhampton continue to break the boyband mould, it’s their leader Kevin Abstract who is quickly becoming one of music’s most important stars.

Whether he’s publicly stanning Shawn Mendes, being incredibly adorable with his boyfriend on social media, or wearing a bulletproof vest with the word ‘faggot’ written on it during his live sets, the rapper-singer has never shied away from being open about his homosexuality.

He regularly references his sexuality and same-sex desire during his verses on Brockhampton songs, as well as his own solo music – including his highly praised 2016 album American Boyfriend: A Suburban Love Story – becoming a beacon of queer visibility in the process.

But as 2018 continues to prove, there is more visible queer music talent then ever before when you tally up the likes of MNEK, Troye Sivan, Olly Alexander, Hayley Kiyoko, Kim Petras, Janelle Monae, King Princess, and plenty more.

So why single Kevin Abstract out as one of the more important LGBTQ stars to emerge in recent years? Because of the space he operates within.

“The way I see it is I have to exist in a homophobic space in order to make change, and that homophobic space would be the hip hop community,” Kevin told Annie Mac during her BBC Radio 1 show last week.

Want to know what makes @brckhmptn more than your average boy band?

“So me just existing and being, like, myself is making change and making things easier for other young, queer kids.”

He added: “I don’t want to be labelled as a ‘queer rapper’. I want to be a rapper, but I want to be me, and express that, and just, like, break new ground on the way.”

Kevin Abstract is achieving this with his Brockhampton collective on a monumental scale following a string of sold out shows across Europe over the summer, and drawing in a huge crowd at both Reading and Leeds Festivals.

He has become an example of a young queer person of colour thriving within the hip hop community – and long may that continue.

Brockhampton are currently busy working on their new album Iridescence at Abbey Road Studios in London, which is expected to be released later this month.

It will serve as the follow-up to Brockhamption’s previous three records Saturation, Saturation II and Saturation III, which were all released back in 2017.

The group’s new run of 27 North American shows – named the I’ll Be There Tour – will start in Mesa, Arizona on 3 October, and run through to Las Vegas on 6 December.

Related: The 20 best queer albums of the decade (so far)