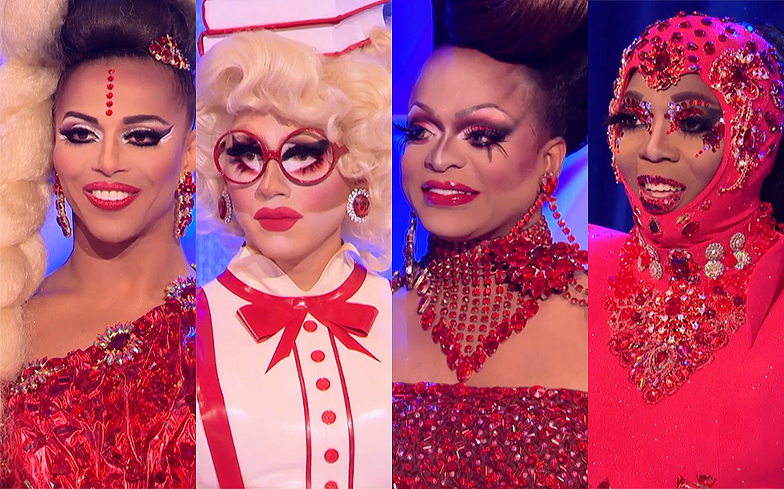 Will it be Shangela, Trixie Mattel, Kennedy Davenport, or Bebe Zahara Benet?

The fans have spoken! Last week, the official Twitter page for RuPaul’s Drag Race asked All Stars 3 viewers to favourite and retweet their support for their chosen queen, and hunties, we are cooped, gooped and mother-tucking gagged at the results.

In first place (by a landslide) is Trixie Mattel with 15k likes, followed by Shangela with 5.3k, Kennedy Davenport with 1.6k and season one winner Bebe Zahara Benet with 1.1k.

If social media likes were indicative of who will win the show, then Trixie Mattel should be crowned America’s Next Drag Superstar.

However, for All Stars 2, Katya beat Alaska, Detox and Roxxxy Andrews by a phenomenal margin (more than the rest of the queens combined) and placed as runner-up. So who knows what Mama Ru will decide…

Do you agree with the results? Who would you like to see follow in the footsteps of Chad Michaels and Alaska in the Drag Race Hall of Fame?

How about comeback queen Shangela?

🐉 Bring on the dragons! Halleloo! 🐉 Are you #TeamShangela?! @itsSHANGELA#AllStars3 FINALE THURS at 8/7c on @VH1! 👑 pic.twitter.com/b6lzkpVGJf

Kennedy Davenport, even though she’s been in the bottom four times?

Or is OG queen Bebe Zahara Benet deserving of a second crown?

Drag Race All Stars 3 finale airs this Thursday (15 March) on VH1 in the US, and Comedy Central in the UK.

The final four contestants write, sing, and dance in an ambitious production number, and the eliminated queens ru-turn for another dose of revenge – see here for a preview of the massive twist.