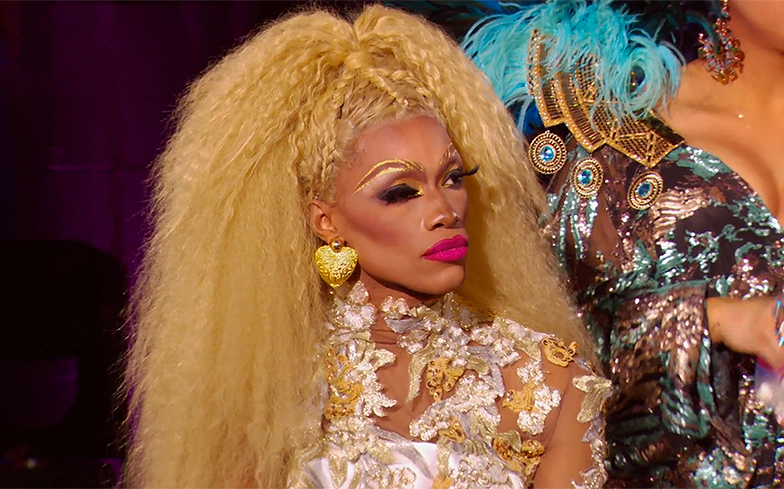 This week’s Drag Race reunion saw The Vixen walk out after an uncomfortable back-and-forth with RuPaul.

The political performer was repeatedly questioned by the host on her conduct throughout season 10, which saw her come into conflict with queens such as Aquaria and Eureka.

In a frank, honest interview with Into, The Vixen explained why she exited the stage and shared her thoughts on the reunion.

“It felt like I was talking to a Reddit troll,” she said of RuPaul. “It was like, with her being a person in the public eye, you think that she would understand that I had more layers than that.

“It just seemed very vapid and I think even on the show I did a good job of showing that I was a person with intention and that there was more to me than trying to get under two girls’ skin for some type of reason.”

She then criticised RuPaul for trying to “have a fight” instead of addressing the way black queens are treated by the fandom, and opened up about her controversial walk-out.

“A day before we shot the finale and two days before the reunion, I found out that my mother was in the hospital with a tube up her nose and so I called my mom and I said, “Do you want me to come home?”,” she revealed.

“She said, “No, if you don’t stay for the reunion, they’ll say you’re being petty,” so I was taking time away from family and a serious situation to be there and the reason I was there was being completely overlooked.

“So that was always in the background of my mind and I’m here because I have to be but I really want to be with my mom at that moment.”

Thankfully, The Vixen’s season 10 sisters – especially Miz Cracker and Asia O’Hara – reached out to her after the reunion.

“The following night I talked to most of the girls and they just wanted me to know that I was supported.”

Read The Vixen’s full interview with Into here.