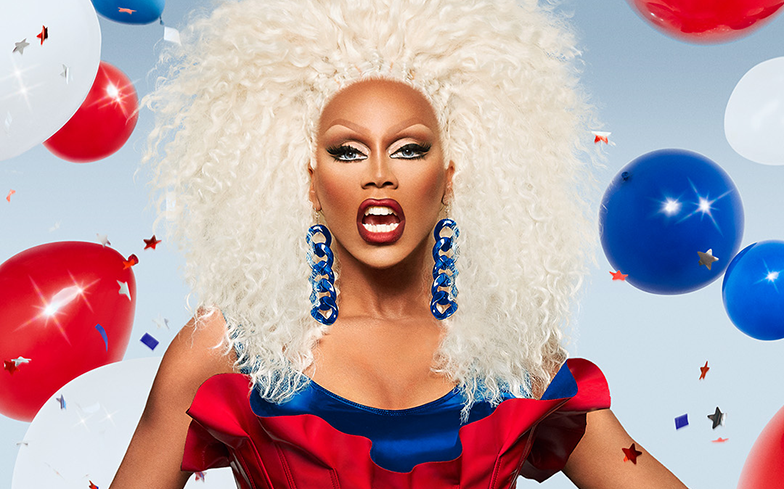 Will All Stars 5 be The Emancipation of Mariah?

Can you believe it’s been a YEAR since both Monet X Change and Trinity the Tuck controversially sashayed away on All Stars 4 with $100,000 doollahz each and a spot in the Drag Race Hall of Fame? Whew, time flies eh?

Well get ready hunties, because another batch of fan-favourite contestants will be entering that werkroom on… 5 June. Oh, and this time, it will be serving cable extravaganza-realness by airing on a completely different network: Showtime.

We’ve scoured the internet for every possible queen on the fifth highly-anticipated series – and of course, it’s completely speculative and is based off social media, cancelled gigs etc. None of this is confirmed.

However, Reddit has also came to the same conclusion, and most of them work for the drag department of the FBI, so we believe it. Get your jush with the ten rumoured queens below… Evidence: Cancelled a gig in June and was absent on social media

It’s about time! Ongina competed on the first ever season of Drag Race and became the original robbed queen when she was unjustly eliminated in the fifth episode by Bebe Zahara Benet (we say ‘unjustly’ because she shouldn’t have been bottom two). During her time on the series, Ongina won two main challenges, more than Nina Flowers and Rebecca Glasscock – both of whom reached the finale – and made a massive impact on audiences and created a much-needed discussion when she bravely came out as HIV-positive. Also, in the episodes (other than her elimination) where she didn’t win, she was high. Manila Luzon in All Stars 4 teas eh? When Ongina returned for the season ten finale, she looked more beautiful than ever, serving OPPALANCE down, and ever since, fans have campaigned for the star to return. Could she become the second season one queen to snatch the crown? If anyone from that season can, it’s Ongina.

Jujubee (Season 2 and All Stars 1) Evidence: Jujubee rescheduled all her June performances to July and was also absent on social media

If Manila Luzon and Latrice Royale can return and redeem their original All Stars stint, so can Juju. Although the season two alum hasn’t competed on Drag Race since 2012, she’s remained one of the most beloved queens in the show’s herstory. During her run on both seasons, Jujubee never won a single main challenge – meaning she’s the only queen to make the final (twice) without scoring a win – however, she completely embodied every acronym in C.U.N.T, especially charisma and nerve (take her reading challenge for example). She also holds the record for most lip sync wins with five, meaning she’s the most successful lip sync assassin the show has ever seen. Imagine seeing her lip sync for her legacy? The other girls wouldn’t stand a chance. When we asked Jujubee last year if she would return to the franchise for a third time, she said: “In a heartbeat. Of course. I mean, who wouldn’t want to? The whole idea of competing on RuPaul’s Drag Race to me, is the opportunity to show my version of the art to everybody out there who is interested in seeing it. And the platform is so beautiful, and honestly, being in a room with RuPaul is pretty spiritual. She’s such a spiritual goddess.” So, it seems feasible… Evidence: Mariah didn’t turn up for her usual weekly performances and didn’t appear on her podcast with Morgan McMichaels – also absent on social media

Ever since her appearance on the show’s third season back in 2011, Mariah has become a fan-favourite amongst the Drag Race community. Granted, she doesn’t have a fanbase as rabid as former competitors like Trixie Mattel, Katya, Bianca Del Rio or Bob, but due to her dry, deadpan sense of humour and goddess-esque demeanour, she’s kept busy with several World of Wonder and VH1 productions – and was even asked back for several Drag Race episodes as a guest star. If Mariah is indeed on All Stars 5, we can see her having a similar run to Tatianna on the second season – garnering hundreds of thousands of new followers and providing us with meme-after-meme. She’s stun, she’s funny, and she’s been a prominent fixture in the drag scene for years – she could be a real contender for the crown. The most obscure and shocking entry on this list, India Ferrah memorably competed on the show’s third season and found herself in the middle of one the show’s most controversial scenes with Mimi Imfurst. As the two competitors battled it out to Don’t Leave Me This Way, Mimi thought it was a smart idea to throw India over her head – and like Manila Luzon said, “you can’t be lifting up drag queens!” India was ultimately eliminated in tenth place and hasn’t been in the Drag Race spotlight since. Would she slay?

Alexis Mateo (Season 3 and All Stars 1) Evidence: She was replaced for several gigs and also absent on social media

Top three? Without-a-doubt. If Alexis Mateo is on All Stars it will be – in her words – “sickening, no?” The pageant queen made her debut on the show’s third season, won three challenges and cemented her status as one of the show’s supreme lip sync assassins when she booted Stacy Layne Matthews, Shangela and Yara Sofia out of the competition. This is a queen who scored the same amount of wins as MANILA LUZON and RAJA and beat SHANGELA in a lip sync. Think about that. Alexis sashayed into the werkroom once again for All Stars 1 and partnered with her season three sister Yara, but didn’t live up to expectations due to the nature of the format. Like Manila and Latrice – and to a lesser extent, Jujubee – she deserves her ru-demption arc. “BAM!” Evidence: Cancelled all her performances in June and was absent on social media

Nobody was killed at Stonewall – can you believe? Derrick Barry, who first appeared on the show’s eighth season, needs to return to the franchise to debunk this false rumour. So many people would be educated in the process! Jokes aside, we would love to see the world’s number one Britney Spears impersonator return because, out of all queens on this list, her drag has elevated the most. On her season, Derrick struggled with breaking out of the Godney box, but now it feels like Derrick has officially arrived. She’s a great lip syncer, provided sickening runways, and is extremely quotable – she deserves to showcase her growth. Let’s hope the rumours are true… Evidence: Cancelled all her performances in June and was absent on social media Evidence: Blair cancelled her gigs from June until mid-July, which makes sense considering All Stars is usually filmed in summer

Out of every queen on this list, Blair St. Clair has had one of the most successful careers post-Drag Race. Fun fact: her debut album, Call My Life, received universal acclaim and became one of the only albums by a Drag Race alumni to top a Billboard chart. It also included several gag-worthy dance-pop anthems such as the title track, Now or Never and Irresistible, all of which received extravagant videos that looked like they were taken straight from Britney’s videography. She’s got the full pop package honey! The Blair we saw on the tenth season was very 40s glam, but now she’s entered phase two of her career – and she isn’t taking any prisoners. Earlier this year, Blair admitted that going back for All Stars would be something she “would really have to think about”, but could she just be throwing us off? However, she did add: “But I can say if I were to ever do that, I would enjoy every experience. I would have so much fun, I would be very outspoken and not keep any of my opinions to myself, and I would serve many many sickening looks.” Evidence: Season 11 alum A’Keria C. Davenport replaced Mayhem for a gig, and she was also absent on social media

We’re still not over Mayhem Miller’s elimination, honestly. A prominent figure in the West Hollywood drag scene, the Californian queen sashayed into the Drag Race werkoom last year with a revered reputation in the community. Despite winning the first challenge, Mayhem was unfairly eliminated in 10th place. Yes, Monét performed better in the lip sync, but Mayhem shouldn’t have been bottom two in the first place (Ongina teas). FACTS ARE FACTS AMERICA. She made her comeback later that year on the show’s Christmas special, Holi-Slay Spectacular, and pretty much shat all over the competition. If RuPaul didn’t crown every queen, we have no doubt in our mind that Mayhem would’ve been the sole winner. Like most queens on this list, we asked Mayhem if she’s down for All Stars, to which she responded: “Hopefully I’ll get the infamous call again! It took me nearly ten years to get the first one, maybe All Stars 25 I’ll make it on!” Maybe we’ll see her sooner than we think… Similar to fellow fan-favourite contestant and fifth place eliminated queen, Katya, Miz Cracker didn’t reach her full potential during her season. Despite getting off to a strong start, Cracker found herself in the middle of the pack until her first (deserved) challenge win during the makeover episode. The following week, however, she was eliminated by fellow competitor and lip sync assassin Kameron Michaels, which was met with uproar from the fandom. It’s time for Cracker to get her ru-demption too.