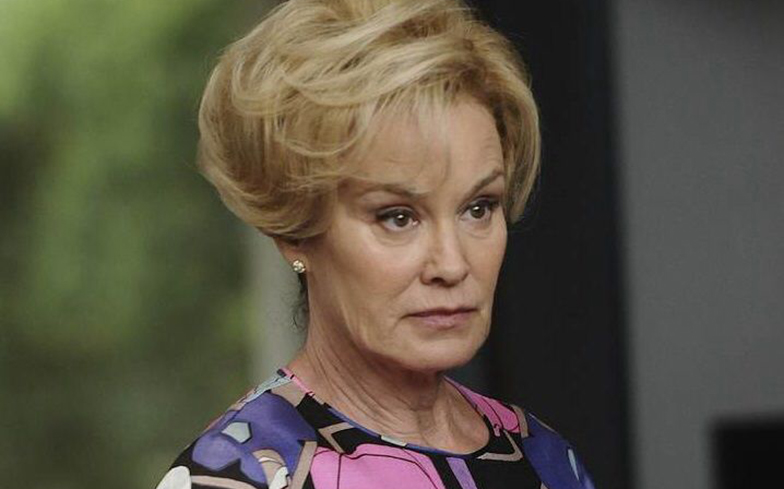 Nobody puts Jessica Lange in a corner.

The legendary actress was the lifeblood of the first four seasons of American Horror Story, playing the show’s most iconic characters: Constance Langdon in Murder House, Sister Jude in Asylum, Fiona Goode in Coven, and Elsa Mars in Freak Show.

But despite those characters being some of the baddest and most manipulative to appear on the show, there was one thing Jessica was adamant she would never do – get her hands bloody.

“I think Ryan [Murphy] understood and the writers understood early on, I think I made myself clear that I wasn’t going to get into any kind of gory [stuff], I’m not going to do that,” she told Deadline in a recent interview.

“And I said, ‘I don’t want to kill anybody. I don’t want to, none of this stuff.’ So, my characters always seem to escape that area, that genre of horror, which I was very grateful for.”

She added: “To me that’s never the scariest part, anyhow. It’s the human psyche, isn’t it? That’s the most horrifying.”

Jessica has been spilling plenty of T about her time on American Horror Story lately.

In a recent interview with Gold Derby, the actress revealed her own ranking of the first four seasons of the show which she appeared on, placing Asylum first, Freakshow in second, Murder House in third and Coven last – a shock to many fans.

“It’s funny actually, I was stunned that year to get the Emmy for that part. I mean, the part was very well written, but I didn’t particularly like the whole set up of the season and the story that we were telling,” she admitted.

“I don’t know. It was not my favourite. My very favourite just from my experience of doing it was Freak Show, although I think that Asylum was the better season. But I loved Freak Show. That’s exactly how I would rate them.”

Related: We ranked all of Jessica Lange’s iconic characters on American Horror Story