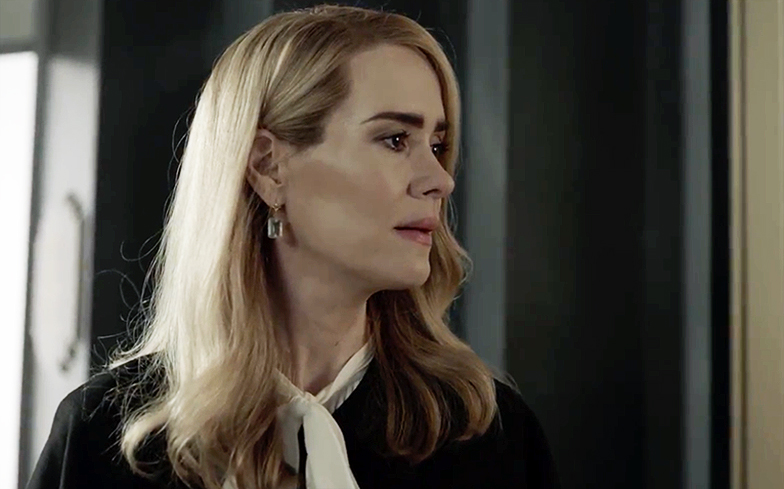 American Horror Story is crossing over in more ways than we could’ve imagined.

We knew that the latest season, Apocalypse, would be the highly-anticipated crossover between Murder House (season one) and Coven (season three), but in the latest episode fans were taken back to Hotel (season five).

Episode four, appropriately titled Could It Be… Satan?, was pretty much one giant flashback, explaining how the Coven witches Madison, Myrtle and reigning supreme Cordelia ended up at the survivors’ outpost following the end of the world.

We learned that the outpost currently holding our protagonists was once a school for warlocks (male witches) that was briefly home to possible anti-christ Michael Langdon, who was hailed as the Alpha, a warlock stronger than any witch.

During a council meeting between warlocks and witches, Cordelia reveals that she attempted multiple times to bring back Queenie, who’s soul has been trapped in the Hotel Cortez since being killed there, but failed on every occasion. “My effort to rescue Queenie is by far my greatest failure as supreme. But I tried,” Cordelia tells the warlocks, unaware that Michael is listening in with his powers.

In order to prove that he really is the Alpha – and therefore stronger than Cordelia – Michael visits the Hotel Cortez to retrieve Queenie, and despite her initial reservations, he manages to get her out with little to no effort. In an attempt to really rub salt in the wound, Michael also brings back Madison, who’s been stuck in her own version of hell – working in a department store where everyone confuses her for Lindsay Lohan – since the end of season three.

“What’s the catch? Do I have to blow you or something?” Madison asks when Michael promises to get her back to the world of the living, before adding in her signature style: “You’re a snack, and I haven’t had a good dicking in forever.” When Michael brings both Queenie and Madison to see Cordelia, she faints. Is this proof that Michael really is stronger than the supreme? Well, we’ll just have to wait until next week’s episode.

You can see a preview of what’s to come in episode five below.