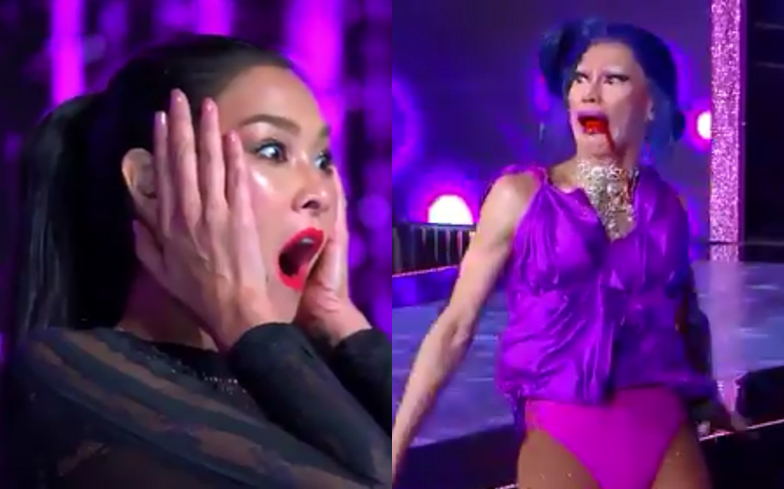 We all love the fabulous costumes and fierce rivalries on RuPaul’s Drag Race, but it’s the Lip Sync For Your Life performances at the end of every episode that really leave fans gagging.

And while the original has plenty of standout moments, Thailand’s new version of the show is just that little bit more extra, as this latest lip sync extravaganza to Britney Spears’ hit single Toxic shows.

The epic performance sees not two, but three queens lip syncing for their lives, as they serve up costume reveals, sickening splits, and one of them even brings some fake blood to the competition.

Let’s just say that runway certainly knows how to take a pounding!

Stylist and designer Art Arya takes on Ru’s role as host of the show, alongside Bangkok queen Pangina Heals – who is co-host.

Fenton Bailey of World of Wonder said: “Drag is part of the Thai culture, in some ways more than it has been in the US, historically speaking. Even though they are following the format, I want them to bring their own inimitable style and characteristics.”

On comparisons with the original, Bailey said: “They should being their own creativity, uniqueness, nerve, and talent. And I think they are doing that!”

Watch a trailer for the new show below.