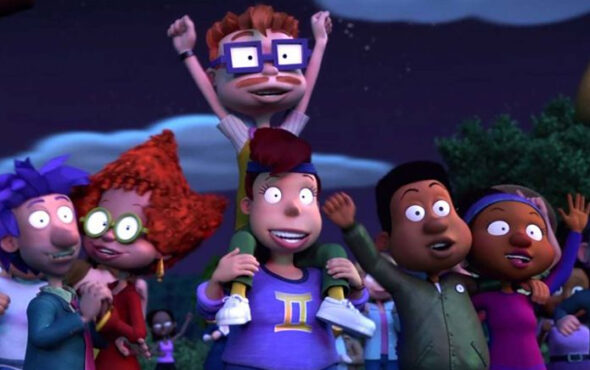 The upcoming Paramount+ reboot of Rugrats is about to get a whole lot gayer.

According to AV Club, the series will reintroduce Betty – Phil and Lil’s mother and one of the animated classic’s core characters – as an openly gay woman.

Betty will be voiced by queer actress Natalie Morales, who’s best known for appearances in USA Network’s White Collar, Fox comedy series The Grinder, NBC sitcoms Abby’s and Parks and Recreation, as well as Netflix’s Dead to Me.

Speaking with the publication, Morales – who goes by she/they pronouns – said that “anyone who watched the original show may have had an inkling Betty was a member of the alphabet mafia.”

On the significance of reintroducing such an iconic character in a nostalgic series as gay, Morales continued: “Betty is a single mom with her own business who has twins and still has time to hang out with her friends and her community, and I think it’s just so great because examples of living your life happily and healthily as an out queer person is just such a beacon for young queer people who may not have examples of that.

“And yeah, Betty is a fictional cartoon, but even cartoons were hugely influential for me as a kid and if I’d been watching Rugrats and seen Betty casually talking about her ex-girlfriend, I think at least a part of me would have felt like things might be okay in the future.”

The new Betty will be football fan and owner of the Betty’s Beans café who doesn’t shy away from making jokes about her past flings. The creators have also swapped out Betty’s signature jumper with the female symbol for a Gemini top.

The #Rugrats are back in their biggerest adventures ever! The brand new Rugrats series is now streaming exclusively on #ParamountPlus https://t.co/6aGLHfx9Jd pic.twitter.com/Fn0DfkKN55