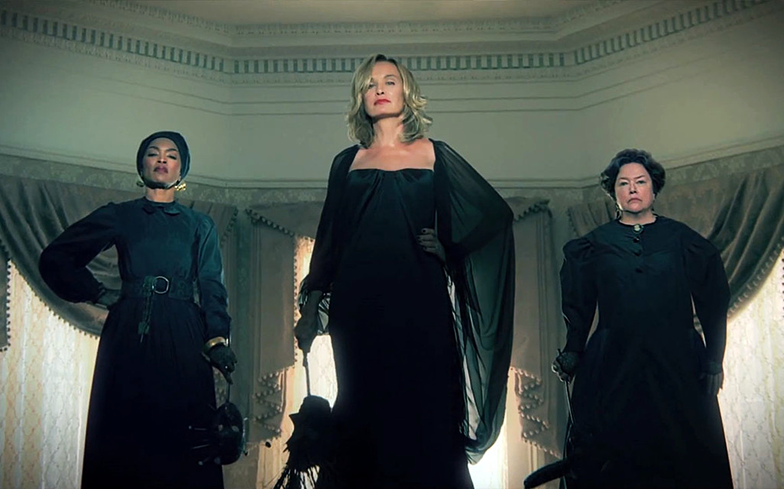 Earlier this month, series creator Ryan Murphy confirmed that the fan-favourite characters of Coven will make a comeback, telling ET: “The witches will be back. Not next season. But we have something really fun planned.”

The Oscar nominated actress starred in the third season as voodoo queen Marie Laveau, before she was killed off in the finale. She returned as the character in the series’ latest instalment, Apocalypse, but was killed off for the second time.

“They’re roaring, making noise and making things happen,” she continued. “Standing strong and voices being appreciated and it’s just interesting. It’s very, very interesting and a lot of fun. Bring the witches back!” When asked if she’d like to return as her Laveau, she enthusiastically told the publication: “Yeah!”

Despite her grisly end at the hands of the Antichrist, characters on American Horror Story don’t stay dead for too long.

All of the witches who perished in Coven – such as Misty Day, Myrtle Snow and Madison Montgomery – made an unprecedented comeback during Apocalypse, and it’s made fans even more eager for a follow-up.

When asked about the ninth season, Murphy refused to reveal any details, but said: “I can’t say what it is! I’m going to this luncheon, and many of the Horror Story actors are there, and I’m gonna tell them for the first time. So I have to tell them first.”

We rounded up eight potential storylines for American Horror Story’s next season. Check them out here.