This gay, social justice parody of horror movie The Strangers is brilliant 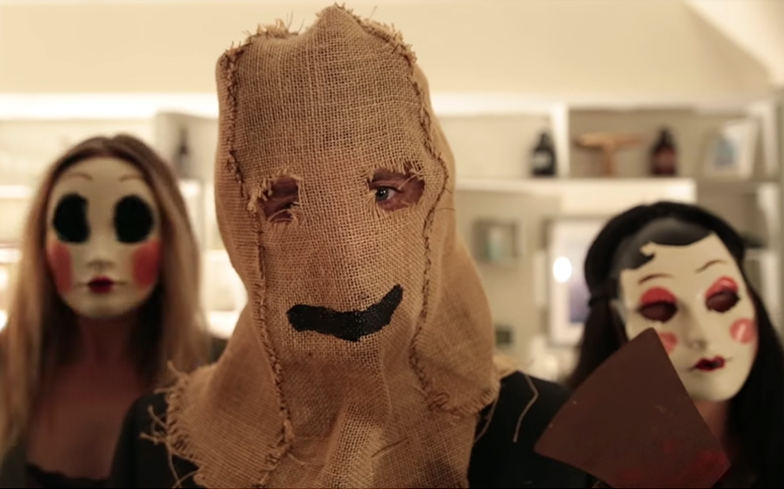 Queer comedy group Enemies of Dorothy, who make hilarious sketches for YouTube, have put 2008 home invasion slasher The Strangers through the lens of the modern-day social justice movement – and given the masked murderers a conscience.

“Is this a hate crime?” asks one of the invaders once he realises that the ‘roommates’ they’ve chosen to target are actually a same-sex couple.

“You can’t murder us because we’re gay?” questions one of the victims in exasperation.

“No, we want to torture and kill you,” they respond. “But, you know, with the current political climate…”

“We are murderers, but we are not Mike Pence,” interjects another of the attackers, making reference to the shockingly anti-LGBTQ views of the Vice Present of the United States.

“Oh no, you can murder us,” reassures one half of the gay couple. “There’s nothing more progressive than killing us indiscriminately. What the hell do you think equal rights even means?”

And things get even more complicated when one of the victims manages to take an attacker hostage, but because she happens to be Asian-American, the intruders then accuse him of committing a hate crime.

“Oh sure buddy, try to tell us how hate against women and Asian-Americans isn’t alive and well in the gay community,” she retorts.

We don’t know about you, but we’d totally watch a full-length version of this movie.

Check out the hilarious parody below.