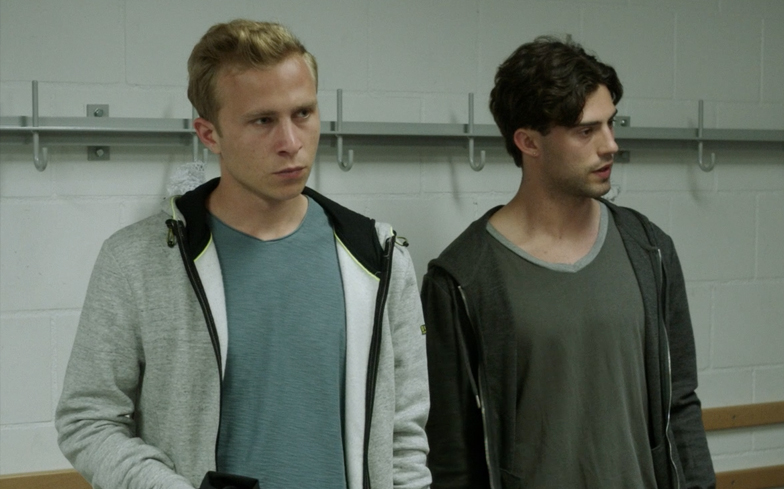 For those wondering why we still haven’t got an openly gay footballer in the Premiership yet, new film Mario gives somewhat of an insight to what life could be like for that person.

The film had its official premiere at BFI Flare London LGBTQ Film Festival earlier this year, and got a brilliant reception.

When Leon (Aaron Altaras) joins Mario’s (Max Hubacher) football club, there’s an immediate tension between the two talented athletes, who both want a spot on the first team.

When they’re moved into a flat together, those competitive feelings turns sexual.

In this exclusive clip premiered on Gay Times, the players find themselves victim to homophobic abuse in the football locker room.

However, they each respond to the situation in very different ways, causing further tension between them.

The Swiss-German production has been directed by Marcel Gisler which examines the ever-present threat of homophobia in the world of sports.

Mario will be released in select UK cinemas on 13 July and available on DVD and Demand in September.

You can also read an interview with the film’s star Aaron Altaras in the next issue of Gay Times, available to buy now.