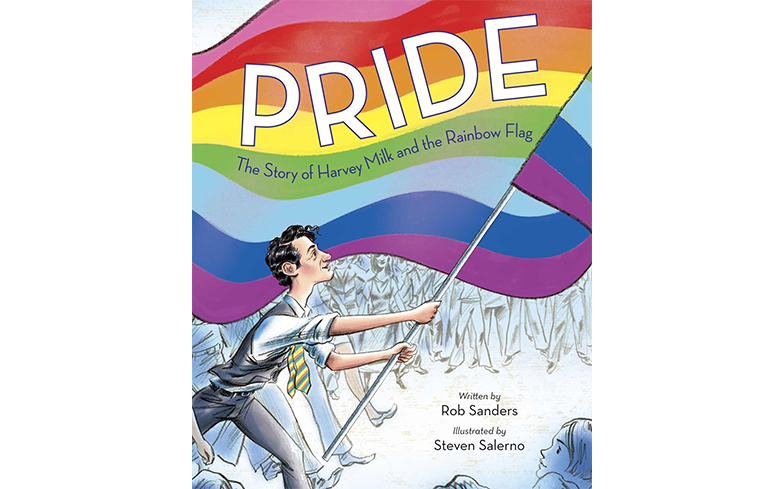 Young readers will be able to learn the empowering true story of Harvey Milk and the Rainbow Flag with a picture book written by award-winning author, Rob Sanders.

As we all know, Milk became the first openly gay elected official in America back in 1977, and was then shot and killed by ex-Supervisor Dan White in City Hall.

Pride: The Story of Harvey Milk and the Rainbow Flag, recounts inspiring events from the life of the activist, as well as his collaboration with Gilbert Baker, the creator of the LGBTQ community’s most iconic symbol.

Sanders told NBC News that the book was inspired by the Supreme Court’s 2015 landmark decision to legalise same-sex marriage.

“They didn’t know the origin of the pride flag or its importance to our community, and I wanted to tell that story.”

The book – illustrated by acclaimed artist Steven Salerno – begins: “Harvey Milk was an ordinary man, but he had an extraordinary dream. That dream would change history.” A committee then recommended that the airport’s Terminal 1 be named after the activist, and a proposal was put forward, which has now been accepted.