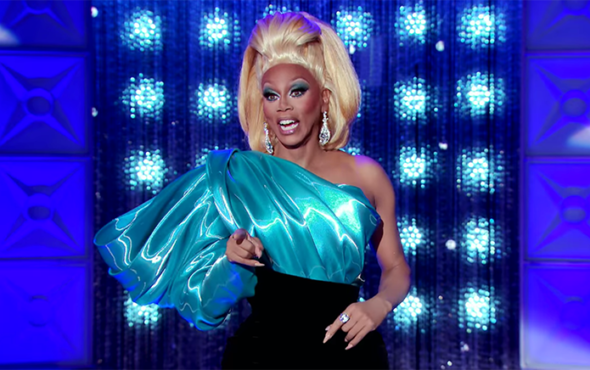 It’ll premiere in three months at this rate.

Three legendary queens who made their RuPaul’s Drag Race debut in the past year have thrown their hats in the ring for All Stars 7.

Scarlett Bobo, who placed runner-up on the first season of Canada’s Drag Race last week, was the first, asking fans to retweet “#BoboForAllStars7.”

In response, Blu Hydrangea asked if she could “come too,” to which Scarlet enthusiastically wrote: “BITCH YES! Let’s fuck it up.”

Blu sashayed into the werkroom in 2019 for RuPaul’s Drag Race UK, where she placed fifth (and charted in the UK Singles Chart top 40 as a member of the Frock Destroyers with Break Up Bye Bye).

“Oh if we’re talking about #AS7 I’ll see y’all there bitch. Fingers crossed!” said season 12 contestant and I’m That Bitch songstress Widow Von’Du. Unsurprisingly, Scarlett seemed eager to share the screen with Widow, writing: “OMG! Bitch how much of a GAG would that be!?”

Scarlett, Blu and Widow are campaigning for a place on All Stars 7 because, if the rumours are to be believed, 10 former contestants have already sashayed back into the werkroom for All Stars 6.

Last month, franchise legend Jaremi Carey – formerly known as Phi Phi O’Hara – confirmed via social media that he ‘knows the cast’ for All Stars 6, and that the producers are flying them out and quarantining them for “two weeks”.

It came as a surprise to fans, considering the fifth season of the acclaimed spin-off just inducted Shea Couleé in the Drag Race Hall of Fame, one year after RuPaul paid tribute to Wong Foo by crowning both Trinity the Tuck and Monét X Change.

VH1 also renewed the series last month, so it makes sense. We recently rounded up the 10 queens who are rumoured to be on the season, which you can gag over here.

Can I come too?

BITCH YES! Let’s fuck it up.

Mandy Salangsang, co-showrunner and executive producer, said the process for picking the  cast is based on their career trajectory after their original season and whether they can provide the entertaintment factor.

“We know who’s interest in coming back, and that’s something we look at: Who really wants to play? Who has experienced a real glow-up? We start throwing names out. It’s people we want to see and watch on TV competing against one another.

Related: Here’s why you won’t see Gigi Goode on Drag Race All Stars 6 (or 7).