There’s been an alarming drop in LGBTQ characters in major studio films, according to GLAAD report 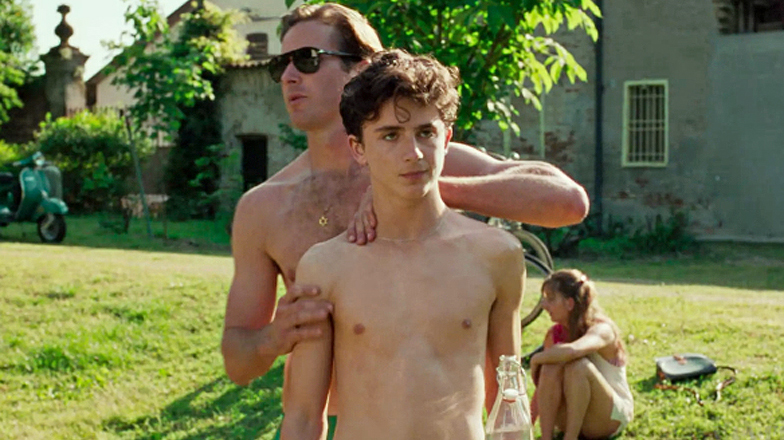 The world’s largest LGBTQ media advocacy organisation, GLAAD, has today reported that there has been a significant drop in LGBTQ representation in major motion pictures released over the past 12 months.

Despite big gay dramas such as Moonlight and Call Me By Your Name, GLAAD found that of the 109 releases from major studios in 2017, only 14 (12.8%) of them included characters that are LGBTQ.

It’s also the lowest percentage since GLAAD began tracking LGBTQ representation in major films back in 2012.

What’s even more concerning is that not a single one of the 109 major studio releases included a transgender character.

However, there is some good news to come out of the report, which includes an increase in racial diversity among LGBTQ characters.

The majority of LGBTQ characters in major studio releases last year were people of colour (16 of 28, which equates to 57%).

That being said, there is still more work to be done when it comes to racial diversity. There were no Asian/Pacific Islander LGBTQ characters in any major film studio release in 2017.

GLAAD President and CEO Sarah Kate Ellis has called on the seven major movie studios to make sure that 20% of annual release include LGBTQ characters by 2021, as part of this year’s Studio Responsibility Index. Ellis also called for that percentage to increase to 50% by 2024.

“With wildly successful films like Wonder Woman and Black Panther proving that audiences want to see diverse stories that haven’t been told before, there is simply no reason for major studios to have such low scores on the Studio Responsibility Index,” she said in a statement.

“At a time when the entertainment industry is holding much needed discussions about inclusion, now is the time to ensure the industry takes meaningful action and incorporates LGBTQ stories and creators as among priorities areas for growing diversity.”

As part of their Studio Responsibility Index, GLAAD have called for studio to be better at including more LGBTQ characters and “construct those stories in a way that is directly tied to the film’s plot”.

They added: “Far too often LGBTQ characters and stories are relegated to subtext, and it is left up to the audience to interpret or read into a character as being LGBTQ.”

Finally, GLAAD have called for comic book films to more closely reflect the diversity of their source material, pointing towards both Thor: Ragnarok and Wonder Woman in 2017 for both including characters who are queer in the comics, but their sexual identity was not referred to in the movie adaptation.

“Though wide release films this year like Love, Simon, Annihilation, Blockers, and Negasonic and Yukio’s relationship in Deadpool 2, have raised the bar for LGBTQ images, studios must still do more to ensure that LGBTQ storylines and characters are included in fair and accurate ways,” said Megan Townsend, Director of Entertainment Research and Analysis at GLAAD.

“We hope that these films are the start of an upward trend of sustained progress, and not just a blip in the radar of next year’s SRI.”

Related: 13 LGBTQ characters we’d like to see in the Marvel Cinematic Universe